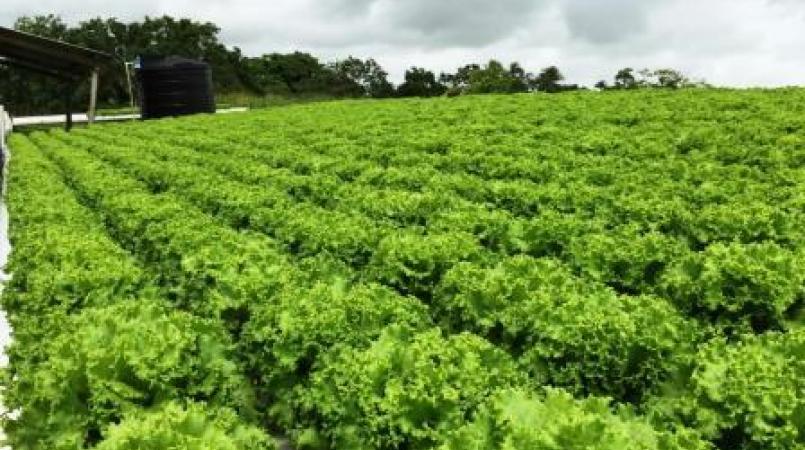 Domestic agricultural production is the keystone of our country’s future. There, I have just written some of the most heretical words that you will ever read in contemporary Jamaica. As important as they are, our future is not tied to tourism, remittances, entertainment &culture (including sports), the BPO sector, manufacturing, or mining (a non-renewable activity). It is tied to agriculture. Domestic agriculture does four very important things for our country. It provides food security for our people. It employs large numbers of persons.  It saves the country on foreign exchange. It has the potential to be the basis for significant manufacturing with mostly local inputs other than canning & bottling, thereby increasing the value-added factor to agricultural production

The challenge that the country has is to substantially increase the output of domestic agriculture. In order to achieve this substantial increase in both production and productivity a number of things are required. Firstly, we need large flat fertile lands to be brought into agricultural production. Secondly, agriculture needs a huge influx of younger persons to be involved. Thirdly, the financing of agriculture must change. This is the basis of the conundrum.

In the last 40 years, whether by design or by skilful negligence, more and more of the island’s flat, fertile lands have been converted from agricultural production into housing developments. Drive to any parish, it is the same. Pick any parish except perhaps St. Thomas and ask the questions and the answers will be the same. Whether it is Richmond Llandovery in St. Ann, Inswood in St. Catherine, Gray’s Inn in St. Mary, or Sevens Estate in Clarendon.  Large swathes of prime agricultural lands have been converted into housing stock.  Choose any other parish and the result will be the same. The First Conundrum- how do we as a country provide the thousands of housing solutions required for our people while at the same time committing most of the large flat fertile lands to agriculture? The answer- redeveloping our cities and towns, most of which already have the basic infrastructure whilst using hilly lands for housing. Architectural competitions for the most creative designs will yield much fruit.

The Second Conundrum- how do we make agriculture a “sexy” employment option for young people? The answer-decent liveable wages + plus incentives+ health insurance. The BPO sector has shown what can be done.

Statin’s data for January 2020 reveals that out of a total employed labour force of 1,369,500, the four top occupations were:

As a country, we have more paper pushers than persons in agriculture!

The Third Conundrum- how do we finance 21st century agriculture? The financing of agriculture is not a mystery. The old British colonisers did it for over 300 years.   Banks and Joint Stock companies in London, Bristol and Liverpool financed Jamaica plantations for years.

Gassan Azan and his Bernard Lodge plans are a start. However, the country needs many many more ventures such as these.

There are Universities that focus on agriculture.  Every big American A&M university specialises in agriculture. That is what the A stands for in A&M!  the knowledge is there. It is accessible.

Finally, the Government of Jamaica (GOJ) has to prioritise the increase in agriculture. Currently, it is my view that it is not the foremost economic consideration of the GOJ. It needs to lead the way in the resolution of the Three Conundrums. Policies, inclusive of fiscal policies, incentives, taxation & land utilisation are all within its sole province.