Stand Up For Your Rights?

In the eyes of many foreigners, the people of Jamaica are often portrayed as easy-going, relaxed individuals who tend to go with the flow, and just sit back and enjoy the pride. This is so much so that the phrase ‘No problem, man’ has become an unofficial catchphrase of the country. However, as the famous proverb goes: ‘Looks can be deceiving’. For though Jamaicans have this outward perception of being a carefree people, this is often only skin deep, with there being just beneath the surface a strong sense of defiance and stubbornness, something that in recent times has increasingly been coming to the surface.

In 1973, the famous Reggae artiste ‘Bob’ Marley, along with another renowned singer, Peter Tosh, composed the hit song Get Up, Stand Up, as part of the Burnin album, to be sung by their group, The Wailers. It quickly gained traction upon its release, and its lyrics continue to inspire individuals to continue to resist in the face of oppression across the entire world.

The Jamaican people were no strangers to oppression. In fact, it was an essential part of the island’s history. There had been colonial exploitation by first the Spanish, and then the British, then slavery, and unfair treatment of the working class.. They are also no strangers to standing up, and fighting said oppression.

From the earliest days of the British dominion in Jamaica, African slaves, set free by the Spanish upon their hasty departure from the island, resisted English encroachment in the mountainous interior. So costly were the British failures to bring these people to heel that eventually they had to make peace with them, enshrining their freedom in a treaty that still remains in effect today. (That is a story for another time).

These Maroons were not alone in their struggle for freedom. Other slaves who did not join the Maroons in the mountains fought back against the plantocracy in their own ways, some being violent revolts, others more subtle. These, too, took their toll, and eventually led to the total emancipation of the enslaved. Even after slavery, the fight for equality continued, carried out by figures such as George William Gordon and Paul Bogle.

In the 1930s, the working class, tired of the ill-treatment and lack of consideration for their needs, took action, using the one weapon they had: their labour. All this would pave the way for greater changes, reforms, and eventually, freedoms. Even to this day, the fight continues.

But enough of history lessons. The point is that resistance to what was seen as wrong is an essential part of Jamaican culture and national story. Many Jamaicans still have that righteous anger somewhere deep in them, ready to reveal itself when they have been wronged, but they lack the means to control it, and it therefore rapidly burns out of control.

In recent times this has come to light in an interesting way, particularly among today’s youth. Recently, two videos surfaced, both of which I have had the pleasure to watch and think on. The first one involves the incident at a high school in which a male student is physically resisting a teacher, disarming her as she pseudo-attacks him, and pushing her back until some of his classmates, more concerned with preventing violence than videoing and commenting on the confrontation, step in between the two and pull them apart. In the second video, another male teenager, at a different high school, finds himself being publicly beaten with a belt by his father, in front of his peers. He quickly retaliated, hitting his father with such force that he was sent flying down into the sidewalk pavement.

Now, I am going to do my best to avoid making rash conclusions and blanket statements about these videos. I do not know all the details, as in both instances I was not there in person. However, one thing is clear: In both situations we have people standing up to those in authority, on the basis that they have been wronged and treated poorly. You can certainly make a case for this. Though not caught on camera, multiple sources regarding the first video of the teacher and student claim that the boy had been repeatedly insulted by the teacher.

As for the second video; I am not going to mince my words. Objectively speaking, the father of that child was a fool when he attempted to beat his son. Firstly, punishments of those kinds today are either frowned upon or hotly contested, on the basis of simply being too harsh and not being constructive. What’s more is that the child in said video was clearly a bit too old for a spanking, and the very way in which the father approached it was simply idiotic. No man wishes to be humiliated in front of their peers, certainly not a teenager trying to find his place in the world.

In Jamaica, we live in a society where ‘you go take that?’ is a common phrase. If one isn’t seen as standing up for themselves, and resisting those who are attempting to do some injustice to them, they are not only seen as weak, but almost not as people at all. I mentioned it before. We come from proud people who have, for centuries, resisted those stronger than us when they tried to impose their will.

This has no doubt been a major factor in our culture today, of ‘standing up for our rights’. However, sometimes it just simply isn’t worth it. I have heard many stories of children held at gun or knife point on trips to or from school, with their aggressors attempting to rob them of their valuables, mainly mobile devices. Many of these stories end the same way: with the child attempting to resist, only to be shot down or impaled, losing the device anyway, and bleeding out on the ground.

These people have every right to fight. They are being attacked and robbed, after all. But the phrase ‘live to fight another day’ comes to mind. In exchange for standing up for themselves, their lives are cut short. And for what? People at their funeral to say that they were brave? I don’t think for a minute that is better than returning home to friends and family safe and alive, able to simply purchase a new device in the future.

In conclusion, Jamaica faces a fundamental issue. We are taught to fight for what we think is right, as our ancestors did. However, at the end of the day, the problems we face may simply not be on the same scale as those our forefathers had to contend with. We need to understand that it is sometimes better to grit your teeth and walk away than get up, guns blazing and fists in the air. Sometimes when one starts a bar fight they will end up on the floor. The romanticized stories of underdogs persevering to victory may be entertaining, but frankly, they are not realistic.

So, for all who see this, the next time you feel the urge to ‘stand up’, please think before you act. Think if it is really worth it. Think if the matter at hand is really that important in the overall scheme of things. Think on what is to be gained by being stubborn. And think about what you could lose. Because sometimes, we need to just ‘sit down’. 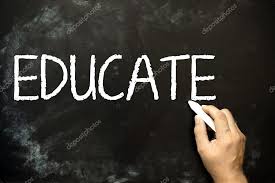