Sometimes You Can Judge A Book By Its Cover 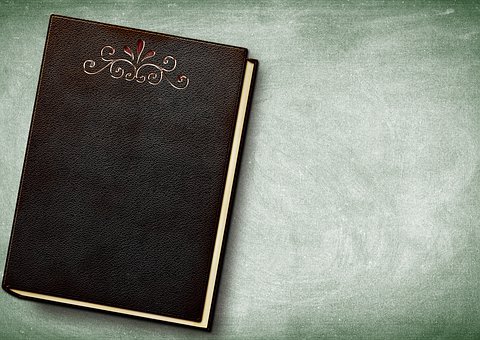 For over two and a half centuries while African-Americans were in the bonds of slavery, the white establishment subjected them to a Christian worldview that was justified by heavily redacted biblical texts, and by a convenient reinterpretation of the remaining passages. The intent was to prevent slaves from recognizing the disconnect between true biblical principles and their present reality, thereby avoiding inevitable discontent and upheaval.

It is easy to understand, therefore, the skepticism held by many people of colour with respect to the representation of Christianity — in the present as it was in the past — by white, Anglo-Saxon, Evangelical America. The distrust of this cohort and its self-ascribed superiority in objectively comprehending and effectively addressing the challenges of race and racism, is captured in the book titled Critical Race Theory Versus God’s Divine Law: Making a Choice, by Dr ML Dodson

Dodson offers a critique of the prism of race used to examine America’s legal system and the derivative institutions it sustains by honing in on the matrix of thought comprised of Marxist and Postmodernists principles. These two frames — which, to be honest, are starkly and staunchly at variance with basic Christian orthodoxy — provide Dodson a prima facie case for the eschewal of Critical Race Theory (CRT). Specifically, she casts doubt on its efficacy in making any meaningful contributions to exposing weaknesses in and abuses of American jurisprudence in its treatment of Afro-Americans, Native Americans, Hawaiian-Americans, Asian-Americans, Latinos, other minorities and women. The premise of the book was clear from its cover, without one page within it ever being turned. Yet, if “Christianity” was doing such a great job of assessing systemic weaknesses, why do the afore-mentioned groups continue to be mistreated and overlooked by the law?

The anaemia of the reinterpreted Christianity practised in America today is evidenced in the disaffection and cynicism it generates in response to its claims as a viable solution or deterrent to such social ills as discrimination, victimization, injustice, inequity, marginalization and oppression. To illustrate this point, there are examples of luminaries in the struggle for civil rights and racial equality who shunned Christianity for other ideologies of a political and religious nature. Paul Robeson, Dr WEB Dubois and Claude McKay embraced Socialism as the hope for the liberation of the Black man.

After perusing the long history of the interplay between the white American church and the Black community, they deduced that the latter group had failed to come any closer to the “American Dream” because of the former, which often played the roles of chaplain, cohort and defender of Capitalism. Other noteworthy detractors include James Baldwin, as well as Malcolm X and Muhammad Ali who took refuge in Islam.

Dodson’s defence of the American “Christian” religious hegemony and, by extension, of the American political and economic cultures was inferred, particularly, through salvos launched at Marxism, using Holy Scripture as an acid test. Yet the passion for the veracity and efficacy of the Gospel by Evangelicals against all comers, ideologically speaking, tends to run quite cool when America’s Christendom is evaluated in tandem with its politics and laissez-faire economics. Any such assessment tends to be executed with a disingenuous, intellectual methodological approach, or with a sort of nationalistic alchemy, or by complete avoidance of an honest critique of them, despite their glaring ills, by unilaterally declaring that they are, indeed, the best forms in the entire world. Why? “Just because we said so.”

In making the case against CRT, Dodson undoubtedly expounded on ideas which she believed were fundamental to this country’s foundations. What could not be discerned from the title of the book was whether she would integrate reflections on the infusion of Western pagan, anti-Christian, idolatrous and humanistic philosophical influences from ancient Greece and Rome. What of those ideas? Did she consider the exigencies of the threat brought on by the malignancy of racism more than the imperfect scalpel of CRT or any other analytical, philosophical framework designed to deal with such a disease? Did she connect the dots?

The rise of ideas such as CRT, Marxism, Postmodernism and Black Lives Matter are in fact due to endemic, escalated societal ills and the sense of urgency to contain the threats, burdens and heartache associated with them. We should not become so engrossed with the scalpel that we take our focus off the tumour which gave rise to a need for it.

White America has been exhibiting more angst against CRT than against the root and the tendrils of racism. This writer, like so many Americans, had never heard of CRT until a few months ago as it was bandied about in political circles. It was painted in hues akin to the great religious heresies and ideologies which posed existential threats to society and to the church. He felt that it was incumbent upon him, as a citizen of this country and as one identifying as a Christian, to look into this matter by reviewing relevant primary source materials.

For over a month he read 27 essays on the subject, all by individuals regarded as founders of CRT, who were established practitioners of law and professors in legal education. Pouring through the oft-cited court cases and precedents often gave rise to the feeling of being a law student absorbing lecture content.

Now, did he agree with everything that he read? No. Did he believe their flawed arguments? No. Were there arguments that were verified by history and by research and which had some merit? Yes.

And what was one of the important takeaways from his readings as far as he was concerned? Every American, in and out of the legal profession, has presuppositions on race and, by extension, on racism. Laws, principles and practices which helped to create and maintain systems are infused with and superintended by theories. The study of jurisprudence is all about legal assumptions, some of which have been ignored — such as race — as influences on the American body politic. No theory which affects the lives of people in tangible ways is perfect, nor is always wholesome, healthy and efficacious — whether that of Dr Martin Luther King, or Malcolm X, or Justice Thurgood Marshall, or the Ku Klux Klan, or Oath Keepers, or Proud Boys. They must all be assessed against the backdrop of history and under the light of bona-fide social science research findings. No theory on race has immunity.

With a historical record of 250 years of slavery, did Dodson ever read and consider the words of Fredrick Douglass? This former slave was also an eloquent orator, writer, influential social activist and well-respected American statesman who saw beyond the charade. Unlike many who lost their confidence in the white man’s “Christianity”, he embraced what he saw as orthodox Christian teaching and praxis in a book which articulated a perspective this writer shares:

“I find, since reading over the foregoing narrative, that I have, in several instances, spoken in such a tone and manner, respecting religion, as may possibly lead those unacquainted with my religious views to suppose me an opponent of all religion. To remove the liability of such misapprehension, I deem it proper to append the following brief explanation. What I have said respecting and against religion, I mean strictly to apply to the slaveholding religion of this land, and with no possible reference to Christianity proper; for, between the Christianity of this land, and the Christianity of Christ, I recognize the widest possible difference–so wide, that to receive the one as good, pure, and holy, is of necessity to reject the other as bad, corrupt, and wicked. To be the friend of the one, is of necessity to be the enemy of the other. I love the pure, peaceable, and impartial Christianity of Christ: I therefore hate the corrupt, slaveholding, women-whipping, cradle-plundering, partial and hypocritical Christianity of this land.”