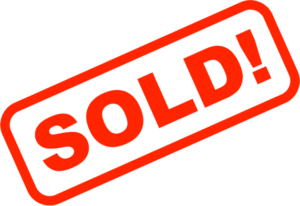 The sale of the Rooms on the Beach property has again refocused the public discourse on the management of the country’s finite resources and the underlying questions of special interest, value for money, undue influences and the possible questions of corruption.

The specific case of Rooms on the Beach has been clouded by personalities and persons talking about Board member integrity and a lot of distracting noise. At the core of the matter is that a state agency is given the responsibility to manage the public’s scarce resource which is nonrenewable (and in some cases non-recoverable) land. The decision facing any such agency is to ensure that the process and in turn the outcome can withstand the most rigorous level of probity and investigation. Transparency in the current case with the Rooms transaction has clearly been compromised. That is at the core of why this matter must drive civil society to insist that a set of standard protocol and guidelines be legislated to prevent any suggestion that malfeasant has occurred. Before one can get to the formulation of any acceptable code of conduct, we should analyze the Rooms on the Beach transaction from the limited information which all parties at least have acknowledged are irrefutable.

It is apparent that the Puerto Caribe Properties Limited was allowed to make an uncontested offer for the property. This is the first issue that must be addressed. Remove the opportunity and over time the country will remove any notion that impropriety has taken place. The fact is there was an offer of US$9.7 million which the UDC should have accepted if it was not inclined to ask the buyer to improve its offer. So the first question to be asked is why under God’s creation the UDC did not just accept the US$9.7 million. Is the public to accept that the organization entered into negotiations to reduce the buyer’s final price. That’s is what the UDC board must tell Jamaica. Plain and simple.

However, here is the rub. Surely, there are entities which were willing to offer US$9.7 million or even more. As a practicing economist, I have preached for over three decades that the government cannot optimize for a company as it has no idea what are ALL the factors which a company considers when it is making a business decision. Consequently, there may well be companies which are financially prepared to offer even more than the valuation of US$11 million for the property because the price may not be the most central determinant in making that decision to buy the Property.

In simple language, neither Mr. Vaz nor the many members of the UDC Board have the slightest notion of what would be the best offer for the property if it was put to a competitive global bid.

Settling for a Lower price than the Bidder offer

Since we do not know why an offer of US$9.7 m was proffered by Puerto Caribe Property Limited, then it follows the Jamaican people  must be told why this  offer was not simply accepted. Saying that the hotel would be demolished and a new hotel built is illogical as they must have factored that into their offer. In fact, most of what is being given as reasons why the lower offer was accepted, are the very reasons why the initial offer should have been accepted. To forego US$2.5 million dollars requires far more substantial reasons than those which have been provided and the public, media, and civil oversight groups should demand more materially substantive reasons than those.

Then there is the reason that the beach lands adjoins the hotel. In the rubrics of classic negotiations, this is what we consider as a “key and unique benefit” to point out to the buyer why it should pay a premium for the property.  If the Puerto Caribe Properties Limited does not want a competitor beside its property its must pay a premium, especially in a private treaty arrangement from which others are expressly excluded. I don’t care who sits on the UDC Board, the real question is why not accept the offer, full stop! To this day no one has given an answer.

Given that fact, the focus must be to examine exactly what are the facts surrounding the Rooms deal. The simple fact is that the UDC sold a property for US$2.5 million (J$354 million) less than a buyer stated it is willing to pay for the property. To compound the curiosity, an additional piece of land was not included in the final sale price. That surely needs an explanation from the UDC and Cabinet.  It must be emphasized that the lands and resources belong to the Jamaican people and not the hand full of persons in Parliament or the agencies that are given custody over them.

Note also, the Ministry of Finance had clearly indicated that there was something unacceptable about the sale of the property to the extent that it refused to give the company a further US$80,000 concession. The concession would be like an adult allowed to pay a child ticket to the theatre and then asking to get drinks, hotdogs and popcorn for free! Now that it has been revealed that the Ministry of Finance had questioned the sale of the property, the overall efficacy of the transaction should be fully investigated and ventilated. Furthermore, it has been revealed that members of the UDC Board had expressed concerns. The public and the media must ask to see if there were other internal voices in the UDC and even in Cabinet who had objected to the terms of this transaction.

The former Ministry of Finance and persons on the Board continue to espouse systematic illogic by pointing to the jobs and investment which will flow from the deal. That is simply contrived stupidity as we will never know what is the real investment and job potential from the sale of the Room on the Beach property since other potential investors (with much bigger pockets) were excluded from making offers for the property. It is about time that this wishy-washy argument is put to rest.. Give me a clear, open and a competitive process where we don’t have to ask how US$ 2.5 million vanished from an initial offer. That is when I will accept the final number of jobs and the amount of investment which will come from the transaction. In the case of the Rooms on the Beach transaction, it is more than likely that a more open and competitive process would have resulted in the country getting at least US$9.7 million rather than J$354  million less in the final deal (and giving away beach lands as well).

Prime Minister Holness and the Government clearly want this matter ‘to just go away’. Given the lazy media landscape, vested interests and the need to continue these private treaty exclusive arrangements, the Rooms deal most like will have a quick execution (death). However, this will only leave the country open to malfeasant and other curiosities in which Jamaica’s resources get ferreted away and a handful of persons smile happily to the bank.

Rent Seeking and the lure of Corruption

Economist use the term “rent seeking” when persons and companies try to get the Government to give it advantages over other persons in the market. The underlying fact is that rent-seeking like any other exchange has a price. That is the amount that is not recorded or in most cases never revealed to the public. Given the controversy around the Rooms deal, it is almost easy for the public to speculate that officials have gained personally from the transaction. Obviously, without evidence, this may be an unfair conclusion to reach or it may be a reasonable one to make if it appears that the country got less than the buyer was willing to pay in the first place.

it is reasonable to assume that the Board of the UDC  is comprised of competent and experienced individuals. In addition, it is hoped that the management is equally capable. Therefore for Minister Vaz to issue an advisory about him providing assistance in negotiating for the agency in respect to dealings with the Rooms transaction, must raise some concerns. If Minister Vaz doesn’t want to be accused of interference then he simply should have let the organization do what it is set up to do. Anyone who has had even minimal exposure to Government knows that any such statement by a minister is a code for “keep me in the loop”. The public then ask why? Anyone reading this and is not mildly curious to the answer to that question is either naïve or takes the average sensible person as a simpleton.

Clearly, there will be no end to entities rent seeking anytime now or in the future. What is imperative is that there must be mechanisms which will protect the public from individuals gaining personally from this practice. The question that we should ask is how to establish guidelines to expose those who might attempt to indulge in such practices. We must start by having Ministers and politician declaring their assets and providing information on how these assets have grown over time.

Additionally, state boards must be protected from being whimsically dismissed without some process of public oversight. This will give members more confidence to perform their responsibilities. Also, board members should be opened to some form of confirmation. The latter condition will be the most controversial, however, if someone wants to preside over the management of the public assets and resources then they must at least be prepared to allow the public some scrutiny.   These actions will at least minimize the appointment of persons to boards who have absolutely no expertise or competence to be on some boards. In some instants, their only qualification is that they carried the Minister’s bag during the political campaign.

Arguably, organizations such as the Integrity Commission and others must spend less time trying to give public officials more opportunities to explain their dubious actions. Instead, they should forge changes to the processes to eliminate the possibility of improper conduct. Neither should we expect external organizations or governments to force us to bring integrity to our governance.

Lastly, for those who continue to espouse nonsense or want no oversight, the real question to be asked is would they sell their own assets and take US$2.5 million less from a buyer who was willing and able to pay US$9.7 million in the first place. If the answer is no, then I would advise that “they should put up or shut up”.