Pupil To Outstrip The Master? 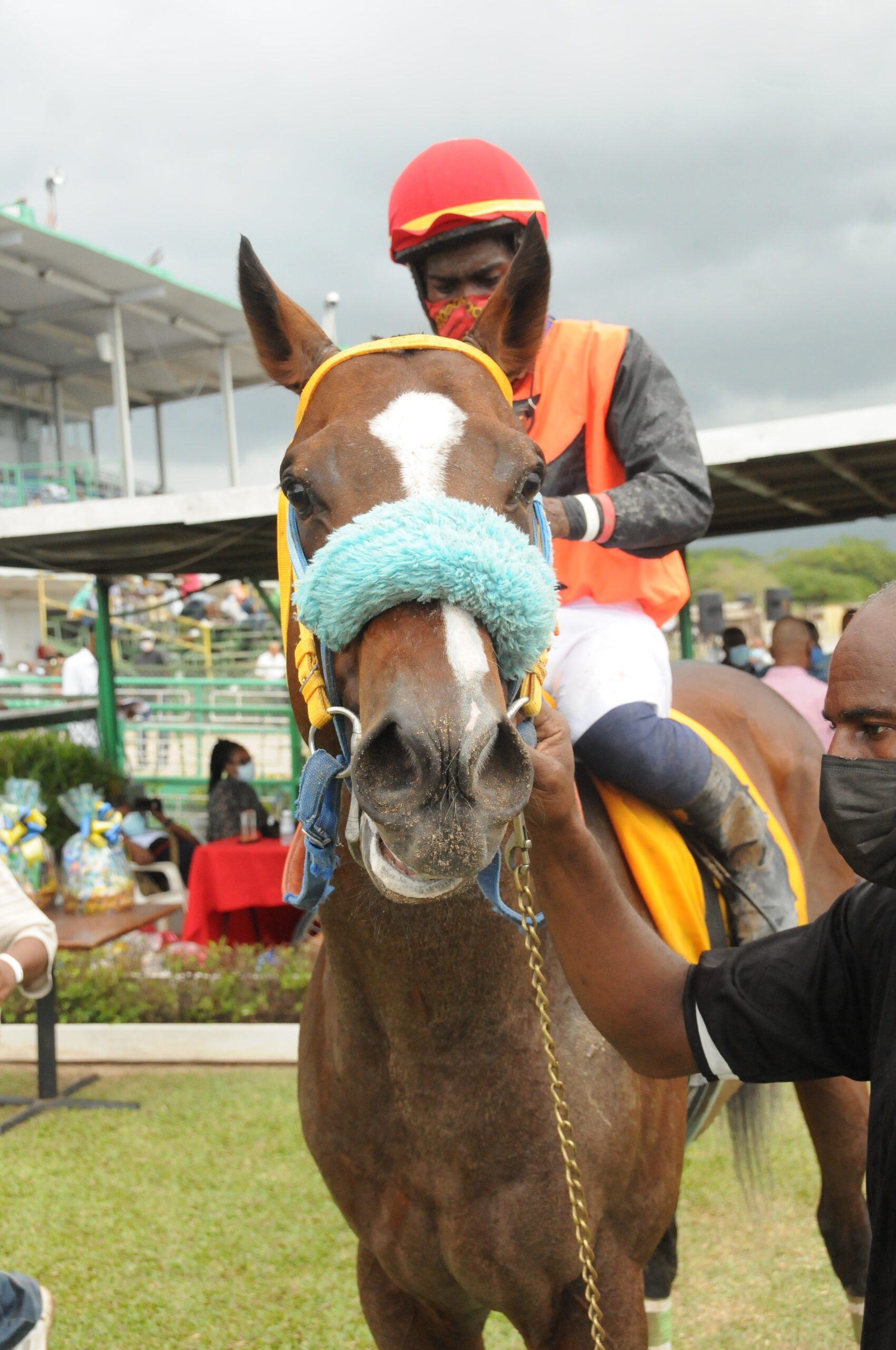 Horse racing’s survival despite eighteen months of pandemic buffeting has been a sports success story.

It’s true that it has been the beneficiary of government ‘’see-and-blind” discrimination (some might say “hypocrisy”) but its contribution to the nation’s revenue intake has at least partially justified that approach and helped government keep a battered economy’s head above water. If only government would lean on the promoter slightly more determinedly about moving away from crowded Off Track Betting Parlours (OTBs) and towards secure online betting, there would be little or no downside. But, for now, like the rest of us, horse racing soldiers on.

With less than a third of the year remaining, the most intriguing talking point is the Trainers’ Championship where, going into last Saturday’s race day, two-time Champion Anthony Nunes held a $2 million stakes lead over main challenger Gary Subratie. But, as the focus shifts to the juveniles, Subratie’s challenge seems to be petering out. After the Derby he was $2 million in front but that temporary sniff of glory soon evaporated.

The most interesting happening among the Trainers’ fraternity has been the performance of young Jason DaCosta who, after less than 6 months of local operations, sits in 3rd only $5 million in arrears. He has been the unfortunate subject of uninformed, unintelligent, uncomplimentary commentary that paints him as having simply stepped into his father’s barn and done nothing more than carry on. These are people who obviously believe that horses train themselves and have forgotten that his legendary father died six months ago.

Jason’s history makes him so much more than simply Wayne DaCosta’s son. From he was knee high to a mosquito a race book was his favourite reading material and the stables his home away from home. He attended Ardenne High because his parents insisted but his spirit was always at the track. Despite serving many years as assistant to the greatest of all time who also happened to be his father, he was unjustly refused entry to the Trainers’ school programme. Not even the intervention of the then Racing Commission chairman could encourage a change of heart.

So, bitterly disappointed, Jason left Jamaica and was immediately granted a full Trainer’s licence in USA where he has trained with great success on several American circuits while chalking up an enviable 17% strike rate (392 winners from 2,428 starts) and stakes over US$6.5 million. Unsurprisingly his 2021 numbers (14% strike rate) are slightly down as, up to the end of 2020 he had earned US$6 million from 367 winners.

So this is no neophyte who sat at home waiting for his father to hand down a ready-made business. This is a self-made, widely experienced young trainer who had the misfortune to be forced to take over his father’s barn after his untimely demise. Despite unimaginable grief, Jason has managed, with skill and maturity, the affairs of two successful barns located hundreds of miles apart and in the midst of a raging pandemic. He returned home with new techniques learned in America and vast, varied experiences unavailable to his Jamaican colleagues. I’ve noticed a distinct change in training style between father and son which has improved many in the stable including Derby winner King Arthur who has progressed again under Jason and now promises, like Derby winners of yore, to win regularly in the highest grade,

Jason started his horse racing journey as his father’s apprentice but, as often happens, the pupil may well outstrip the master. Wayne repeatedly said to me “Trust me, Jason is going to be a better trainer than I can ever hope to be.” It may be too much to ask him to overtake the current Champion, himself a high quality conditioner, in 2021, but 2022 is already setting up to be a very interesting year in this category.

Last time I had this to say, in part, about the August 25 race day:

So, it surprised no reader of this column when they competed in the same non-winners of 2 on September 4 and finished first and second respectively. Followers of your humble scribe on Twitter (@TheTerribleTout) were also advised on the day to include Buff Bay in a Trifecta Box. It’s fillies’ time of year so she duly completed a 10-1 Trifecta.

Now let’s see if, like the Staple Singers, we can do it again.

The highlight of the month must be the Ryder Cup (Team golf with an NFL atmosphere) that tees off at Whistling Straits on Friday, September 24. Once again the bookies make USA big favourites but yet again I expect Europe to win the Cup. The Americans are very individualistic while the Europeans play as a team. It makes all the difference.

Also, Whistling Straits isn’t the best fit for the USA team as it’s a lakeside course likely to be affected by high winds. This should play into the hands of the Europeans who thrive on links golf. In the top scoring golfer markets I’m expecting links specialist Tommy Fleetwiood and former Open Champion Jordan Spieth to top score for their respective teams and Tommy to be the overall highest scorer.

In English racing, another popular “Big Handicap” is on tap tomorrow as Scottish track Ayr hosts the Ayr Gold Cup over six furlongs. The early favourite is Great Ambassador who has won his last two impressively. But they were on good to firm going and, at this time of year, Ayr is usually riding soft. Just before his two latest wins Great Ambassador was third of 24 starters to Commanche Falls on soft at the Glorious Goodwood meeting in the Stewards Cup (another of the “Big Handicaps”).

The winner at Goodwood was showing marked improvement for the soft ground. This is a different track (flatter than Goodwood’s sharp downhill gradient) but the selection has won at Ayr so shouldn’t be inconvenienced. I expect Commanche Falls to confirm Goodwood form once the going is on the soft side of good. Portland winner Hurricane Ivor returns only a week later but, if not troubled by the quick turnaround, is a big danger.

The English Premier League is in full swing and I expect Aston Villa’s big three signings to start together for the first time and beat visitors Everton tomorrow as the week’s best bet. Leicester should be able to win away at Brighton on Sunday while a stalemate (draw) is likely on Saturday when Watford travel to Norwich.

My NFL Week 1 highlight was Bill Bellichick seeming to have found his future franchise quarterback in a level-headed, skilful and team-oriented Mac Jones. In Week 2, the Patriots should have no difficulty routing the pathetic Jets in New York on Sunday. But Week 2’s Top Selection is the Pittsburgh Steelers, coming off a shocking but efficient win at Buffalo, to beat the Raiders who travel to Pennsylvania on a short week after an emotional Monday Night game. I also expect Baltimore Ravens, who host a Chiefs team ripe for an emotional letdown on the road after a dramatic comeback win against Cleveland, to upset that fan favourite applecart

As usual, we close with another “Notebook Horse”:

Prontissimo [3yo b.g. Toronado-Eastern Glow (Cape Cross)] was dropped to six furlongs after racing exclusively at seven furlongs and a mile and duly opened his turf account in a 0-85 Ascot handicap on good ground. He had the race in hand a long way out and won more easily than the final margin of 1¼ length suggests. It looks a decent race and he’s clearly progressing now so could easily run up a sequence.