Pointless Pandering To The Public 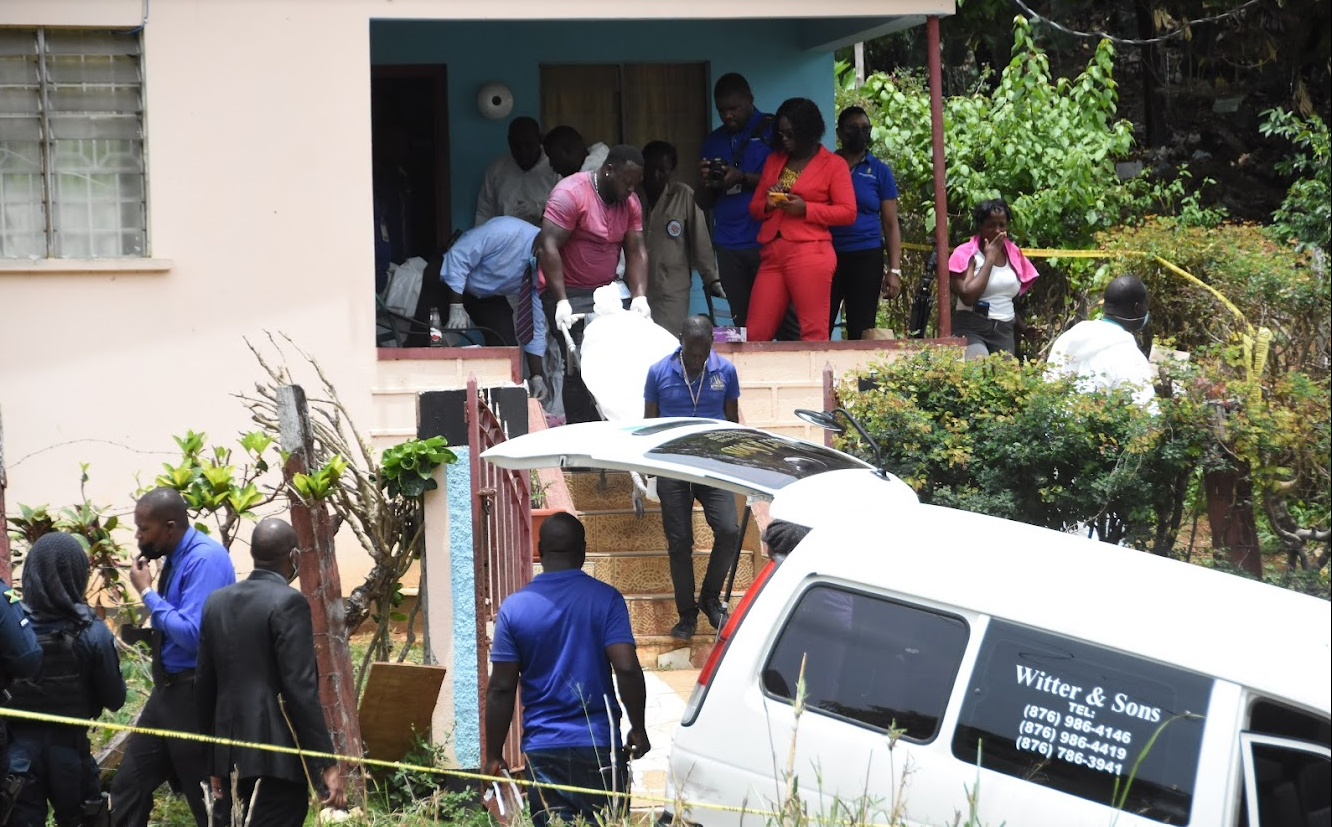 The end of June saw one of the most horrific crimes in recent memory when a young family of 5 in Cocoa Piece, Clarendon, were brutally murdered. In a nation which regularly bears witness to such stomach-churning horror and has become somewhat dull to them, this crime caused national outrage.

The public outrage and quite frankly the heinousness of the murders prompted speedy action. The accused was caught, a confession allegedly extracted, and he is set to go to trial — good job.

But not so fast. Hot on the heels of this crime came the DPP who  announced that her office would be seeking the death penalty due to the nature of the crime. The governing Jamaica Labour Party, led by their point man on misinformation Robert Morgan, has endorsed the call, condemning those who are opposed to the death penalty on principle as protectors of criminal rights in the same vein that his Administration has condemned those who oppose their policing practices as lovers of criminals.

I know it is a serious matter, lives were lost, and I mourn for them and with their families. I share their anger, rage, and disgust. I wish the worst for the scum that snuffed out those lives. But I find it funny in the way a bad horror movie is funny, to see our politicians and DPP — people who should know better — lead the people up the garden path, play to public opinion, promising the impossible or unlikely because they have messed up on other fronts.

What do I mean by this, how is this pandering and not the laying down of a gauntlet as our politicians would say? Jamaica has not executed a person for over three decades, not because we do not have the laws on the books but because a Privy Council ruling stated that people on death row cannot be executed if they are there for more than five years. Everyone knows this, high schoolers know this, people on the corner know this, so this getting behind a statement from the DPP about execution can only be read as pandering.

But this raises more serious questions for this Government.  Getting behind this statement means one of three things. 1. We remain with the Privy Council but disregard this ruling and go ahead with the execution (assuming a guilty verdict) — thereby possibly being kicked out all together or at the very least ostracized, 2. We abandon the Privy Council for the Caribbean Court of Justice (CCJ), have the appeal taken to the CCJ and take it from there, or 3. We abandon the Privy Council and create a local final court of appeal and take it from there.

I have not heard the MP who happens to be the Information Minister comment on this; the Justice Minister is silent; the AG says nothing, and the Constitutional Affairs Minister is mum. Before we move forward on this, clearly the issue of the ruling hindering our actions needs to be looked at, and the fact that this has not been done or mentioned — at least publicly — shows us that this is all about hype. Hype to jump on a bandwagon they know will fail, or hype by blindsiding those naysayers with dirty tricks by keeping government policy (the people’s business) private and among their select cabal.

The DPP knows knows of the ruling from the Privy Council regarding the time. She also knows that the local courts are notoriously lethargic; a case which begins today will not end until 2028 if we are lucky and my appeals are prioritized.

The last big case that ended in a guilty verdict – Vybz Kartel – the appeal is still waiting to be completed.  If he was sentenced to death it would have been commuted to life by now.

Is she really saying that all the I’s are dotted and T’s crossed so that the process will take no time at all? A ballsy statement and one I wouldn’t make if I had to work within this justice system, with these investigators and lawyers who seem to have cases thrown out, put on pause for want of evidence, or put on pause so the prosecution can get its ducks in a row routinely

But this then raises another question – showing how running for hype can leave us blind to key areas. The DPP, in giving reasons for seeking the death sentence, said the type of crime warrants the punishment. True enough, the crime was awful and deserves harsh punishment, but what about — and pardon me for asking — the other heinous crimes that come across your desk? Will the gentleman from West Kingston who is alleged to have killed his baby mother in such a brutal manner that the cries prompted the neighbours to call the police be facing death?

We know the answer why those were less special, and this is more special, and I’m sorry to say that it is not because they love us or because of some grand plan to fix the nation.

Rather, the reasons for the hype train and the parties on board egging it on is because everything they have touched has turned to dust — a reverse Midas — and to divert public attention they have made this statement and taken this action, an action which will only raise more questions than answers.

The failures are everywhere. The DPP, who stated that she was staying in the post to see the Klansman trial through is now witnessing some of the charges being dismissed in a manner that is shocking and embarrassing. This trial mimics other gang trials which have gone belly up and have left the Office of the DPP looking very embarrassed and irritated, which I sympathise with to an extent because of the shoddy police work. But if the evidence isn’t there, why take it to court?

To divert attention from the failings of those headline trials the office makes this pronouncement hoping to win brownie points by doing what the public has said it wants for ages but which it has, up to now, resisted.

The Gvernment is in much the same boat. Much-hyped policies have failed to bear fruit. Acts like the SOE have been labelled as unconstitutional, methods such as ZOSO have shown themselves to be duds, the hard hand which they have come with has not seen the results they were hoping for and the nation sees a steady increase in violent crime.

The booming economy they love to talk about is not impacting the masses who are getting restive. Foreign policy blunders such as Venezuela and the stillborn attempt to unseat Baroness Scotland have seen the Government take serious flak, and while no one will give the People’s National Party the reins of office they will see a massive upswing in support come the next General Election or By-Election, just as during the Seaga years of the JLP when they would not get power but remain a thorn in the side of the PNP who kept haemorrhaging support.

This move to side with the DPP’s statement and double down against human rights advocates is strange but not to be unexpected from people who, it seems, only run on emotion and don’t stop and think.

These people who have decided to align with the West openly and vocally in this geopolitical struggle, do they understand that those same nations are the ones who will only fund nations if they agree to things like abolishing the death penalty? Do these people understand that if they follow through on such an action things like tourism would take a hit as Europe would immediately turn on the propaganda machine against us, warning their citizens? Do they not realise that if they follow through on such action the coveted deals they seek from the EU and other western powers would dry up?

More than anything though, this is a scary sign, not that they are pandering, but that they are pandering knowing full well that it is a hiding to nothing. This smells of desperation, it smells of a class that can see the writing on the wall and is trying to hold back the pitchforks. This is scary, not because I have any love for the class being threatened or their backers — long may they be terrified — I worry because there is nothing existing as a strong group or ideology that we as a nation can gather around for tomorrow, the day after the toppling.

The revolution isn’t simply the overthrow of the oppressor, it doesn’t end there; that is only the beginning. The revolution is what you do the day after, the day after that and so on. The revolution is alive and never stagnant and if it is alive, it must be attached and grounded in something, be it an ideology or around a group. We are not here yet. What they are afraid of is not the revolution, which we all should embrace, it is the anarchy which comes from having no grounding they fear.

We cannot afford to slip into anarchy, they may fear it but those in power do not oppose it if the alternative is revolution. Thuggish power, the kind of power that comes from being a capitalist, while not seeking anarchy can in fact thrive in it. Anarchy means gangs roaming the streets and taxing citizens. It also means cheap labour and a relatively inexpensive goon squad to protect your business and bump out the competition. If the alternative is a revolution and giving up even a bit of their power, then they will embrace anarchy head first just as we are seeing when given the option between the hard work of social intervention or the thuggish hand of SOE. The business community embraces the latter because the former necessitates ceding just a bit of their privilege.

Our task — those who see this pandering for what it is — is to create the grounds for the revolution. Not the revolution by guns but by ideology, changing how we think as a people and society, changing how we operate, abandoning the cult of “me” and embracing the ideology of “we”. Those who hold power will fear the revolution, but unlike the anarchy, it will have the support of the people and therefore will be irresistible. Our job is to educate, organize and mobilise. Pandering will not do, and only we can bring about the change.