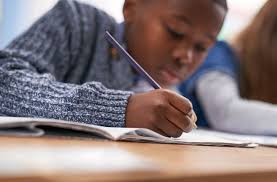 As a product of the ghetto, I grew up in the midst of poverty and violence and among people who were either illiterate or semi-literate but spoke fluent Patois.

I took pride in learning English and I believe I can hold my own in any global forum where English is spoken. I converse with my brethren, however, in patois, sometimes interspersed with some Jamaican choice words and I am very comfortable with that.

I resisted any attempts by my daughters to speak Patios in their formative years and, instead, ensured that they learnt, practised and spoke perfect English. They are now both fluent in English and Patios. The Patois they were never taught.

I therefore want to enter the Patois debate about an official language within an appropriate social context because I am often mistakenly viewed as a middle class youth, which I have had to correct by proudly proclaiming my working class credentials. I am also aware that Patois is a basilect form of a creole spoken by the lower class, and is often associated with violence and crude behaviour.

In fact, during my time in the ghetto, any attempt to speak proper English was immediately laughed at as ‘speakie, spokie’.  You could find yourself in an embarrassing situation and even discriminated against for daring to speak properly.

I add one other caveat. Perhaps it is the influence of the post-modern era, but I am slowly recognising the importance of having a Socratic and analytical approach to issues, bearing in mind (and this is for the critics) that raising questions about an issue does not raise to the level of an opposition to it.

As a product of a slave past, I too have had to struggle with low self-esteem, but have managed to overcome the effects of this post-traumatic slave syndrome. I have had the privilege of attending global conferences, where I stood out as the only person of colour, and wore it with unfailing pride and honour. I have witnessed subtle signs of racial discrimination and felt pity for the perpetrator.

In the context of a globalized world, with limited resources, high crime and persistent poverty, I want to see Jamaica hold pride of place. I want to see a dramatic reduction in crime, a people with growing self-confidence and self-esteem. A country proud of its history and inheritance, and a culture of dignity and respect that is immanent in the way we treat each other.

Patois, of course, offers a kind of veneration for our cultural heritage and social past. But the teaching of Patois, and its elevation to an official status cannot be a stand-alone approach rooted in some de-mystified notion about the value of its psychological impact. We cannot reasonably expect Patois to flourish as an official language without the proper historical context and devoid of any attempt to transform that into positives.

The truth is, the struggles to overcome oppression and the brutal enforcement of slavery and colonialism provided the settings for the countervailing cultural norms and sensibilities rooted in our African heritage. They were recognised as such by the oppressors and outlawed and suppressed. But perhaps more importantly we were, from an early age, schooled in the ‘virtues’ of Eurocentric values and beliefs so as to discard our African customs and traditions to the realm of nihilism.

What has happened to us in the last 50 or so years is that we have turned that revolutionary spirit inwards. We are now cannibalizing ourselves. To go and teach Patois without the proper social context would be a grave disservice to our legacy.

What better to give us that sense of pride and provide the proper psychological moorings for a proud people than the teachings of Garveyism from the early childhood level to the university. It is no longer the oppressors who are holding us back on this, it is us.

The vast majority of our people who led the labour upheaval of the 1930s were fluent in Patois. They were, in the main, Garveyites. They remained unafraid despite the menace of the years, and under the ‘bludgeonings of chance, with their heads bloodied, they remained unbowed.’

Outside of music and culture, Patios cannot get us through the gateway into the globalized world. If we cannot understand concepts in English, then we ought to be taught English properly, because if we have to resort to an explanation only in Patois then we are placing limitations on one class of people to exceed beyond the shores of Jamaica’s inner city into a world that must become our oyster.

Perhaps that is why the music that depicts Patois flourishes. We must teach our children to speak, write and read proper English. Nobody is taught Patois. Patois is an oral dialect which cannot so far be used in commerce or any official interactions. And that is perhaps not even true, since our music is official, although all official documents are in English, which serves the artiste well to understand.

Is it that making Patois an official language would have a greater economic impact on our country and for our people? What then would be the real advantage? Making Patois official is an administrative act. Teaching our students to read and write Patios benefits us how? I frankly don’t know, and I say that because the arguments so far proffered for its acceptance as an official language are not convincing enough to put our limited resources into treating it as a priority.

I mentioned Garveyism, which would have a far greater impact and prove to be far more unifying and empowering for the marginalised and discriminating class from which I spring. We can promote the importance of Patois without teaching it.

This reminds me once again of our priorities. Last year I had the privilege of working with the JCDC during the festival season. We interviewed some young people who could not tell us anything compelling and meaningful about our culture beyond the mechanical repetitions of what they were told. They could all speak Patois fluently. But they could not sell Garvey or any of our national heroes to the worl’.

The sensibilities of a rich culture are not ingrained in them, they are not imbued with a level of conscious awareness about Jamaica, its past, present and future, as we can glibly speak about the pop culture of the United States.

Making Patois an official language will not get us there. Of course, you would have now realised that teaching Garveyism and Patois are mutually inclusive, and Marcus Garvey and the Hon. Miss Lou, both of whom spoke perfect English, share a common platform in helping to (re)define our cultural identity.

The debate about Patois cannot be just inserted in the middle of nowhere conveniently. We have had this debate before. We are not working to reclaim our past in order to move towards the future if we are debating the single issue of Patois without inserting it in a broader discussion about reparation, Garveyism and wealth creation.

We still carry the psychological scars of the most baneful and persistent evils of slavery and therefore cannot wean ourselves off the most obvious impediment to our development, our colonial-inherited education system. We teach our children about rock formation instead of wealth creation. We tinker. We proclaim. We make pious platitudinous statements about where we want to go, but we are yet to anchor our abiding belief in fundamental change.

We talk about the future of work. The importance of SME in driving employment and economic growth, but our economy is wide open to foreign investments while too many of our local SMEs display a churlish preference for poor customer service. Patois, sadly enough, is seen as a reflection of the crudity and vulgarity of some aspects of our culture.

Here we are again with the silo approach to our development, to focus on one aspect of a broad and intertwined tapestry of our history. To adopt an exclusionary focus to our challenges and believe there is great value to the symptomatic treatment of the problem.

Finally, I will have to take full responsibility if the English word ‘Forget’, translated in Patois, turns out to be a misspelling.