Need A New Rhythm As The World Changes 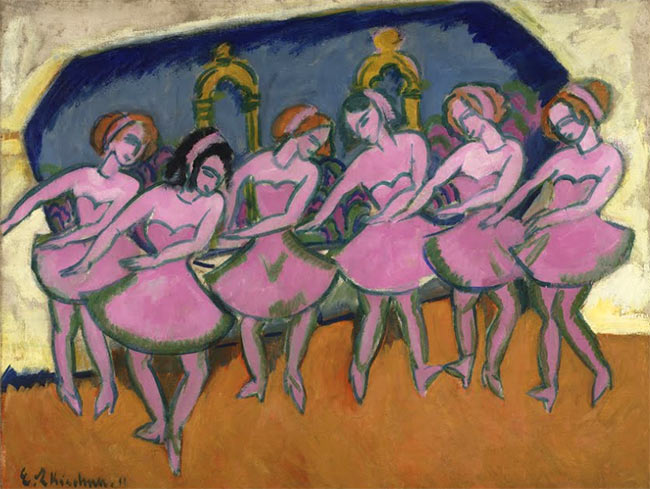 For persons who play music, rhythm is a part of the essential understanding usually defined in 5 areas: Random; Regular; Alternating; Flowing; and Progressive. These influence the outcome of the piece by singular or combined uses of these tools. In has been said that music and mathematics share a commonality that is shared by musicians and mathematicians described as harmony.

Other yet unproven theories seem to connect the Earth to having a similarly familiar rhythm (vibrations) that indicate cycles of climate change and heating and cooling, volcanic activity, land mass movement and collisions, earthquakes, and other natural phenomena that change the face of our planet (albeit over millions of years). Carbon-based life is compressed into oil; roaches adapt and live; while mighty dinosaurs perish to make way for new lifeforms. It is a constantly changing rhythm.

Modern human societies also adapt and change their rhythm as they adapt to the four seasons, new forms of social organization, and sometimes all the rhythms can change suddenly largely due to the anticipation of previous similar events. At the base of these coping skills is the biological design of memory and the retention of previously learned lessons. It also includes assimilation and correlation of seemingly independent events. It may be that some people are better attuned to the next rhythm even while playing the current one.

In the language of the modern corporation it is sometimes called the “retention of intellectual capital” and in a similar way that we remember songs, poetry, visual images, texture and touch; it is a human strategy for anticipating and dealing with suddenly changing environments.

Economics is a part of this experience, but seems to have forgotten this. The modern mathematical linear approach seems as monotonous as music composed with singularity, a song with one word, and the legal principle of “ne Varieteur” applied to rhythm and harmony. We have forgotten the human element with all its variations, actions and reactions, and sometimes non-conformist attitudes.

We have arrived at a possible global financial meltdown and the news is filled with incredulity and disbelief that the mighty can fall. All these events fly in the face of the known and well recorded demise of Empires; the chaos in the intervening period. The Phoenicians fell to the Persians; they fell to the Romans; who eventually succumbed to the British; they gave way to the United States; who seem to be nearing their end.

Jamaica, as an ant between the elephants, has forgotten the two World Wars; two or more Stock Market collapses; the disruption of supplies; Banking crises; the abandonment of the Gold Standard; the Cold War; and political crises, all in the last 100 years. We always seem unprepared regardless of the warning signs. We are suffering from economic Alzheimer’s disease, (or maybe just C.R.A.F.T.).  We do not feel the rhythm.

May I refresh fading memories? During the two World Wars we were a Colony of Great Britain (their intimidatory name). Supplies were dominated by British tariffs and were greatly curtailed due to the war efforts that directed both goods and shipping towards Europe and later the Pacific. This encompassed all of Europe and the United States and Canada (our major suppliers). Basic foodstuff was scarce and we had to become self-sufficient in ground provisions, corn, oils and fats, cassava, bananas and livestock. This was the devastating rhythm of no corn meal.

Financially, we were totally tied to the British pound (which may sound great today); not remembering the tremendous debt owed to America for war supplies at the end of the wars. The end of the Second World War brought the decision to abandonment of the Gold Standard and thus was born the ability to print unbacked money. From analog to digital rhythm in one jump; no musicians required.

A strong British pound gave way to the dominance of US dollar. Then we were courted to have Independence and our own money (also unbacked and printable), and here we are with a dollar whose value is little greater than Ultra Soft toilet paper.

Yet we have made no feasible plans for this known change in rhythm. We are backing a USA Empire that is possibly in the final death throes, and still we have no radical plan for survival. That is not Alzheimer’s; that is madness (repeating the same actions and expecting different results). I believe that this has inadvertently escaped our collective attention as we have failed to reflect that our recently perceived threats are not brand new. Old rhythms come back again. “Baby I’m not joking; and it’s not what I’m smoking.”

It is quite appropriate that another global financial crisis is looming at a time when we celebrate Emancipation; Independence; and the birthday of National Hero Marcus Garvey. These three events bring out the stark reality of failing to plan or even planning to fail. We quarrel and bad mouth internal political party elections; place scorn on the other party; and never will admit that each side have played equal roles in deterioration rather than growth.

The rhythm confronts and confuses us at the current time, and we need to break it down to new versions of an older rhythm just as the music fraternity dubs; cover versions; sampling; and duets performed by the dead and the living as new releases.

First is the Garvey concept of self-reliance (now called food security). We need to utilize every hectare of arable land or marginal land (for animal husbandry). The new caveat should be for products in international demand as well as local consumption. One example is the growing of cassava for export in various processed formats.

I recall the ridicule heaped on Dr. Tufton some years ago by our late friend Roger Clarke, then of the Opposition. On the very same day that cassava was debated in Parliament, the newspapers carried the news of a shortfall of one million tons of cassava in drought stricken East and West Africa, where cassava is a main ingredient in their diet. What an opportunity to increase our production by one hundred times and not even dent the market.  Our rhythm was stuck on bammy as an addition to a dwindling fish catch.

This concept if properly managed can be extended to other export products and also to local school feeding programmes fueled by excess production.

Secondly, we have construction growing but it is heavily dominated by Chinese firms who build and finance and are willing to take payment in land (which does not depreciate). So, if we cannot do heavy engineering, then let us do primary and secondary roads, water availability, and take land as a part payment, which can be put towards a more sustainable usages going forward. Land ownership opens up the possibilities of partnerships for wider usage than just urban sprawl.

Thirdly, in housing, by letting workers exchange their labour for home down payments and get extended loan repayment terms from the NHT and other lending institutions. This is a step towards wealth creation for the underserved and underemployed persons who live from day to day without the opportunity to invest.

Fourthly, by commencing the infrastructure improvements that will enable large expansion in urban renewal in a balanced way, and giving due respect and ownership to current residents if they so desire and do have claim to the land

But this is not the only part of “the perfect storm” that requires our attention at this time. We also have Brexit; a looming USA/China trade war; a pending debt default in Argentina; chaos in Venezuela; oil tensions between Britain/USA and Iraq; European financial instability; Hong Kong protests; Pakistan versus India; and many other less impactful global events that however bring opportunities for Jamaica and the wider Caribbean.

The turmoil has the possibility of affecting banking; remittances; tourism; and other parts of the financial system as international growth and currency fluctuations impact the world in many different ways. We need a plan that can anticipate and predict movements, as there is a potential opportunity for us (the ants) even as elephants fight and fall. Often carelessly abandoned crumbs can be our own lifelines if we agree to exit the box and think differently.

Even as China watches Hong Kong carefully, there are opportunities to quietly enter the mainland market with restaurants; coffee houses; Usain Bolt’s sports bar/cuisine concepts franchised in major cities. Australia and New Zealand; Fiji; and cultural events such as music festivals; and of course the NDTC could finally decide to go international; and all should be included in the world of new opportunities.

We have a lot of poorly invested funds stashed in low yield investments that could be examined for unleashing a quiet international expansion in an organized way. What about Sandals London, Nice, Portugal, Spain, or Greece? What, no takers? Quel D ’homage!

We need a different rhythm as the world changes. Our future is not limited to Cross Roads and our belief that we are God’s special people for even He expects us to use the faculties that He created us with, and gave us free will to make choices.