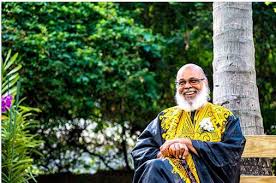 Today I would like to introduce some personal thoughts that could be among factors affecting Jamaica and our performance, potential, and attitudes related to the failing or at best very low achievements over centuries.

The questions came to mind as I remembered my late friend Professor Fred Hickling sharing that his opinion was that 40% of Jamaicans suffered from some elements of mental disorders. A brief look at studies conducted in the USA showed similarly high evidence of those findings.

My interest then turned to mental illnesses and their impact on actions and perceptions of power and wealth, and for many it has become an obsession. In business it introduces some elements of Competitive and Comparative Advantages; monopolistic behaviours; hostile rivalries; lack of willingness to co-invest; and an irrational and selfish misuse of power (sometimes beyond the veil of legality).

Starting with the Crusades, the quest for control over the “infidels” and religious dominance were at the base of power which was to be obtained by force. The search for “single subservience” promulgated despicable acts on both sides claiming to be agents of Jesus/Allah. Both parties have since continuously insisted on their unmitigated righteousness.

Christopher Columbus switched allegiance from Portugal to Spain (nowadays called a traitor) for funding money (not unlike Judas), and the subsequent search for power and wealth quickly grew to include France; Britain; The Netherlands; Switzerland (finance); and later the USA. Sugar was indeed a lucrative industry and land ownership was its power base.

Now, Columbus (a man with a good idea) set sail with three vessels; manned by mercenaries and other characters of dubious moral qualifications; survived a mutiny; and attempted to find a better logistical trade route to the valuable Indo-China market. His actions eventually led to the establishment of the triangular Atlantic trade and slavery trade quite by mistake, or as we would describe it a “buck up”.

Vessels were manned by sailors of generally lowly status and possibly depressed drunkards who were “shanghaied” into positions of power on the slave ships, and their behaviour quickly presented levels of brutality approaching total madness. Yet these same men, often formerly inebriated low lives, were suddenly presented with the temporary power of an overlord, and chose to adopt the sadistic and cruel behaviour.

Careful reading of In miserable slavery; the diary of Thomas Thistlewood by Professor Douglas Hall reveals the story of an insignificant (and possibly incompetent) book keeper who, as a last resort and escape from poverty in England, obtained employment on a Jamaican sugar plantation in the 1700s in Westmoreland, and rose to the status of land owner and slave owner.

The acquisition of power over his slaves seemed to have induced a state of cruelty towards his “chattel” that begs some analysis regarding his transformation. This penniless and incompetent weasel is indeed a story worthy of psychological research in accounting for his exercise of newfound power.

Then came an era of Colonial rule where clerical workers abrogated onto themselves the power of bureaucracy and obstructionism in a well thought out plot to wrest control from the “landed Gentry”. Much of this resistance was transformed into a type of strong power group based on wealth, commonly known as the 21 families that regularly influenced the “common elected officials” into doing their bidding.

This is currently a situation being played out at the highest levels of pressure on the Jamaican Government with regard to extending opening hours for “quick serve food” establishments (read fast foods) beyond the stated curfew hours. Prior to COVID-19 those same establishments were refusing delivery to many parts of the city at all and more so to others after 6:00 pm. So what is the problem now? Do their riders have “essential workers” identification, or are they even full-time workers, and do they have food handlers’ permits?

Does their “demand” for special treatment include the pan chicken competitors or hot dog stands? How will their employees get home within the curfew hours when at best they only drop some of them off at taxi stands or transport centres with a further hour or two to get home which will be after the stated time? Can they sanitize and clean the facilities at close of play and still get home? Will the owners be there to face the music or are they hosting parties, diners, or birthday celebrations at their farms and country estates?

This attitude has continued into the Independent Nation and draws allegations in the funding of political parties; influential appointments; and alleged corruption and bribery — all still current topics related to the self-interest of power and its exercise. They are still smoothly bullying the Cabinet for special privileges in their exercise of power.

The Privy Council recently heard arguments on the request to proceed with the testimony in the Trafigura matter and will deliver a judgement soon, and it now will mark a long number of years of dragging of feet and may not find anyone able to give testimony now. I have no doubt that apart from those who are now deceased, some will plead physical or mental inability to give testimony or recall facts and their lawyers will be enabled to drag the matter out further. Power will have again prevailed over justice.

The security forces seem to be in the midst of transformation from “Serve and protect” to a more power-driven attitude of “come yah bwoy”, and a belief that there is an entitlement to being elevated in public status without earning respect. Citizens choose to ignore the “police bwoy dem” and are reluctant to conform to the rules of enforcement even when delivered politely, as part of their own push back on power.

If there is any small element of truth in the distortion of power as a potentially dangerous ingredient of a nation with some inherent learned traits that can be described as mental illness, then I humbly ask those highly qualified professionals to join in an analysis. Without their due diligence and a high level of concurrence, we are doomed to continue down some unhealthy paths that would tend towards our own destruction of societal stability and good governance.

The roles of power are well described throughout history, and the more recent investigations of cults such as Jonestown (mass suicide); Waco, Texas; the Manson gang; and so many others, are sufficient to engage academia immediately.

Depression-inducing conditions have been introduced simply by the restrictions imposed by COVID-19 and currently we are unable to say how much mental instability has been triggered, and what the potential negative outcomes related to this could be.

Please step up, medicine and academia.