Law And Justice – Do Not Confuse Them 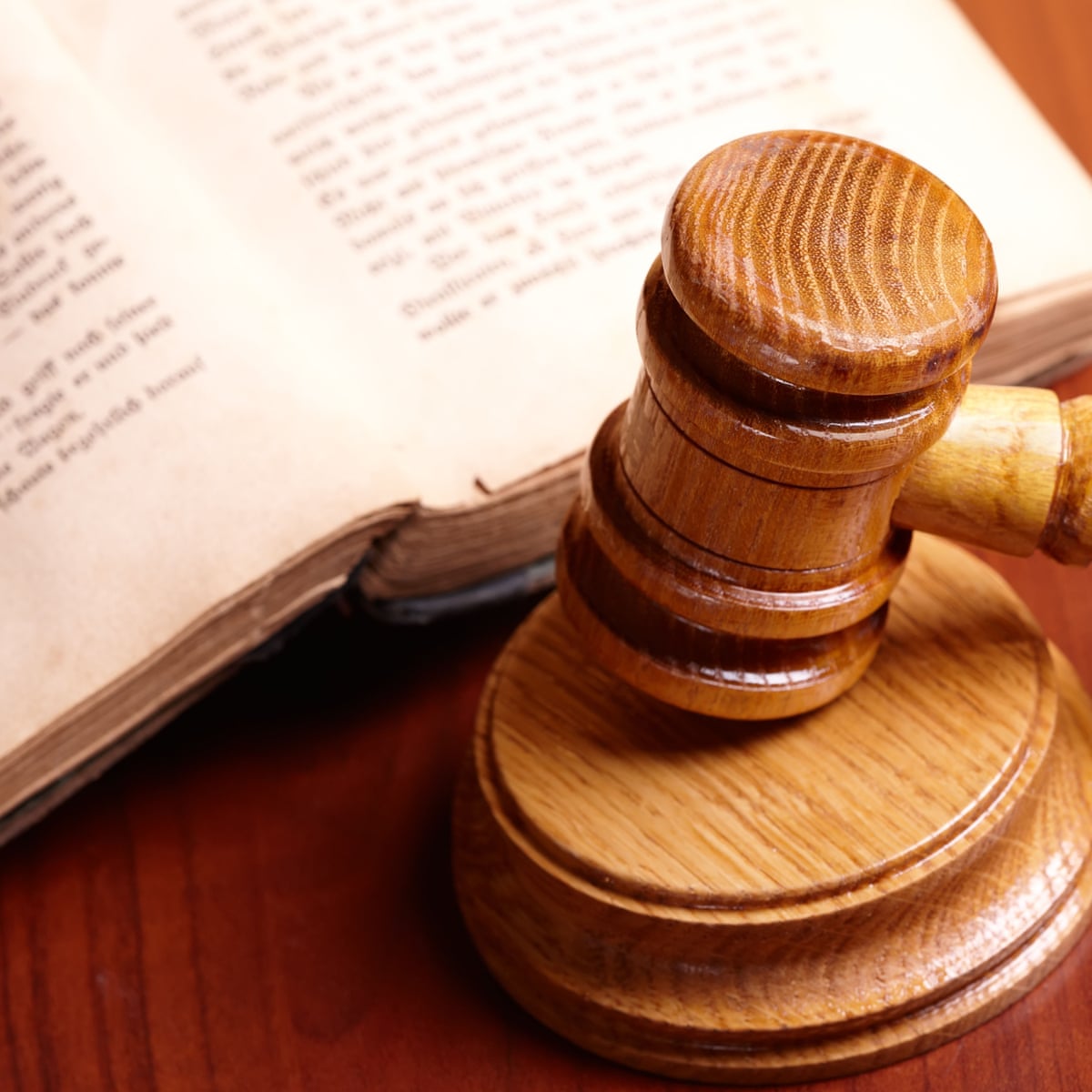 As a young man — wide-eyed and full of enthusiasm — this writer was enamoured by the legal profession. After watching such television programmes as Perry Mason, Crown Court, and Petrocelli — he was there!

The movies To Kill A Mockingbird, starring one of his favourite actors, Gregory Peck, as Atticus Finch, and Judgement At Nuremberg with Spencer Tracy, Burt Lancaster and Maximilian Schell, were icing on the cake. Sign him up for law school! The idea of fighting for what was right, for standing up for the exigencies of the weak against the bluster and the bullying of the high and mighty appealed to him.

The evidence! The arguments! The logical outcomes! However, as the years rolled by his romanticism with respect to the law and its various legal systems in the world was disabused by the harsh realities of life.

This writer soon learned that the law must never be mistaken for justice, because the law does not always, ostensibly, bend towards what most in the world have come to see as justice. Law often codifies lies as much as it does truth — creating or sustaining suspect and unsavory cultural beliefs and practices which are akin to oppression and inequality. The first duty of the law, this writer surmised, seemed to be more towards its own traditions than to what it was established to protect and defend.

At the risk of sounding cynical and belying its moments of triumph in history, it has come across, at times, as a narcissistic instrument or institution that is self serving, unconcerned as to the hits and misses towards what is just and true. It affords evil as much a chance as it does good, and it is not the preserve of right.

The history of jurisprudence in the United States provides many cases in point which easily establish the assertions made in this article. And before referring to some of these, it is patently true that this writer’s present day realities as a person of colour — first in the Caribbean context where he was born and raised under British colonialism and now in the U.S.A. where he lives — were due to legislative acts of Parliament and of Congress, and by the legal opinions and precedents set by courts.

By a vote were his forebears abducted. By an opinion, was their servitude. By a ruling, came their concomitant oppression. And so was their pedigree, their self-esteem, their emancipation, their citizenship, their education, their civil rights, their suffrage and, by and large, their history. Their welfare in America was an after-thought — initially excluded from the following words of the Declaration of Independence:

“We hold these truths to be self-evident, that all men are created equal, that they are endowed by their Creator with certain unalienable Rights, that among these are Life, Liberty and the pursuit of Happiness.”

Granted, the U.S. legal system is to be applauded in respect to its ability to hold one opinion, then change its mind and then evolve. And yes, it is not perfect. However, when it is appropriated correctly, embodying the spirit of the Declaration of Independence, it is an absolute necessity. But the fact that it did not get it right the first time, and that it had to grow into the reality of such a set of noble ideals says a lot. Again, the fact that it has made halting steps forward with subsequent lapses into old habits — still denying many citizens full access to the “promised land” — infers more of a concern for other agendas than that for fostering truth, fairness and civility.

A famous entertainer, who was clearly guilty of the crime for which he was convicted and incarcerated, was recently released on a legal technicality. Was that justice?

The Supreme Court, led by Chief Justice Taney, knowing that “Negroes” were human beings, chose to wear the blinkers of legal tradition in the case of Dred Scott versus Sanford. He and his court — being bound by fidelity to a constitution which saw Scott, a slave, as, merely, property to be bought and sold and also less than human — affirmed what was written therein with alacrity. The court, true to U.S. racist legal tradition and to its subversion of the Negroes’ humanity, made a decision which cast doubts on the veracity of the words of the Declaration of Independence — ones that America so proudly trumpets to the world. After the law changed its mind about the “Negro” — agreeing after all that he was, indeed, a human being with the passage of the 13th and the 14th amendments — the court soon regressed. It ruled against the Civil Rights Act 1875, declaring it  as unconstitutional.

In March 1883 the Supreme Court ruled in the Civil Rights Cases that neither the 13th Amendment, which banned slavery, nor the 14th Amendment, which guaranteed equal protection of the laws to Afro-Americans was infringed upon by the existence of unwritten racial codes which maintained and also fostered discrimination, and which, it said, therefore, could not be constitutionally prohibited.

The decision nullified the Civil Rights Actand, in effect, robbed the two amendments of much of their meaning. The ruling would remain in force until the court disavowed it by upholding the Civil Rights Act of 1964, nearly 100 years after the Civil War ended. This opened the door wide to the infamous “Jim Crow” laws, enforced by unofficial law enforcement officers furnished by the Klu Klux Klan.

To be more precise, it was actually the Supreme Court’s decision in the case of Plessy versus Ferguson —  a landmark 1896 U.S. Supreme Court decision — which gave the Southern states the leeway that they craved to enact laws which were akin to those of Apartheid South Africa. The court upheld the constitutionality of racial segregation under the “separate but equal” doctrine. The case stemmed from an 1892 incident in which an Afro-American train passenger, Homer Plessy, refused to sit in a car for Black people. His defiance was but a precursor of Rosa Parks’ “civil disobedience” which sparked the Montgomery bus boycott, in Alabama, in 1955 and which ushered Dr. Martin Luther King, Jr. unto the centre stage of world history. These were just some in a litany of legal horror stories of the tug of war between a vaunted legal tradition and universally recognized justice.

And, despite such a landmark decision as in the case of Brown versus Board of Education of Topeka, when the Supreme Court reversed itself on the Plessy case in 1954, “the law”, in so many instances, continues to assume a presumptive position of ascendancy over “simple justice”, which, to borrow the words of Dr. King, is not obfuscated nor rendered inert by certain legal “niceties of complexity.”

One can appreciate, therefore, the wariness on the part of Black people and of other racial and ethnic minorities in respect to “the law” coming to their rescue when they are aggrieved, about providing a safe haven when their lives are in danger, or about being a beacon of hope for a more civil and just society in the future. “He who feels it knows it”, as people often say in respect to experience.

It was Cicero who said, “The more laws, the less justice.” And yet, some will argue that imperfect laws are better than no laws at all. If laws, intrinsically, are so good, why, then, do many get repealed? Why was there a need to pass 27 constitutional amendments? Again, it would be safe to assume, that some would be willing to endure the threat of ferocious animals in the wild than that posed by old folks who are mostly white, mostly male, and mostly privileged, robed in odious black — high and lifted up. But, do not take this writer’s word for it, just heed James Baldwin’s advice:

“If one really wishes to know how justice is administered in a country, one does not question the policemen, the lawyers, the judges, or the protected members of the middle class. One goes to the unprotected — those, precisely, who need the law’s protection most! — and listens to their testimony.”