Is this what sports have become? 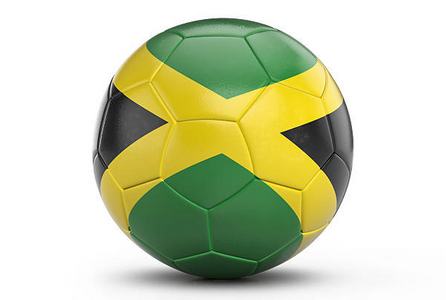 In sports, there are rules. The rules are designed to make the event as fair as possible to ALL the participants. The introduction of discretion gives power to a named official to decide or act without other control than one’s own judgment.

In the greatest show on Earth, the 2018 World Cup of football, FIFA, the governing body of football worldwide, decreed that players who suffer concussion in a game must be assessed by  competent medical practitioners and serve a mandatory six-day break to ensure complete recovery. This rule is designed to take the decision for return to play out of the hands of managers, team doctors and players to PROTECT the player from proven long-term sequelae of concussion.

In the second match of the tournament, Iran against Morocco, Moroccan footballer Noureddine “Nordin” Amrabat, believed to be the best player from that country, suffered a concussion in the game. Amrabat, played in the following match against Portugal four days later. When questioned as to why the FIFA rules re concussion were not obeyed, the manager of the Moroccan team, Herve Renard, is quoted as saying, “he is a warrior and wanted to play”. Amrabat was concussed and suffered memory loss after the incident on Saturday the 15th of June!

That was not the only incident of defiance of the concussion rule in the first week of the World Cup. Icelandic defender Ragnar Sigurdsson suffered a blow to the back of his head in the match against Nigeria, was taken off the field, had his head bandaged to stop bleeding and returned to play five minutes later. He eventually had to be substituted early in the second half.

Peruvian player Renato Tapia was knocked flat to the ground in the match against Denmark, taken off the field and returned to play seconds later. Thirteen minutes later it was obvious that this footballer was not the same player as before the injury and he was substituted. Mr Tapia did not play in the following game against France. In all these cases the FIFA concussion protocol was not followed.

In Jamaica, at the National Senior and Junior Championships, up and coming sprinter Javon Minzie false started and was disqualified as the false start rule decrees. In the senior women’s 100 metre preliminaries “Mummy Rocket” national treasure Shelly-Ann Fraser-Pryce appeared to false start. A green card was displayed and she was allowed to run. One-time World Champion sprinter Yohan Blake appeared to false start in the senior men’s 100 metre race. A green card was displayed and he was allowed to restart the race. Unfortunately he false started again and this time he was disqualified. On his request, he was allowed to run “under protest” and in fact won the race.

In the same race however, former national 100 metre champion Oshane Bailey false started. He was disqualified, just like Blake was. I am informed that he requested permission to run in the race a la Blake, but this time the rule was followed to the letter, no discretion! Is that right? Is that how a worldwide audience, in the case of the World Cup, and a local audience, in the case of Jamaica, is supposed to understand the importance of rules?

If you are the best player or the fastest runner, then the rules do not apply. However, if you are up and coming, trying to be the best you can be, and you break the rules…. too bad, out you go! Is that right? Is that what sports have become? Is there anyone in a position of power at FIFA, or in a position of power at the JAAA who cares? Or are we to assume that rules are to be obeyed only if you are not valuable in the eyes of the officials. What are we doing to sports? What are we doing in the eyes of the young who learn what they see? I am waiting for a response, both from FIFA and the JAAA. Will I wait in vain?