Is Democratic Socialism an Oxymoron in the 21st Century? 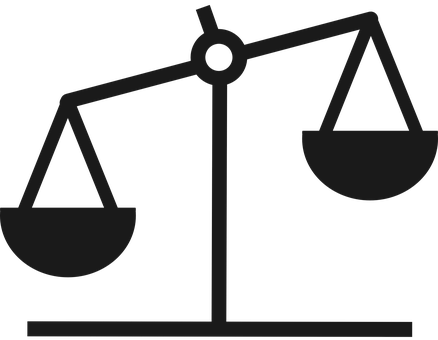 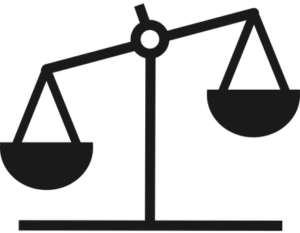 One of the reasons I became an economist was due to the misguided notion that the economist was like the doctor for the economy. Also, by studying the various characteristics of economies the economist would ultimately come up with the right combination of “drugs” to cure the economy. Well forty years on I now know that is far from true and that social and political realities usually trump common sense economic principles.

The other reason why I became an economist was that I felt that I could solve the social inequities of the country. In that I still (probably naively) believe is possible. I am however more aware of the various non-economic intervening factors- class dominance, corruption and greed, a lopsided and backward education system among other negative corrosive factors- which militate against and make the goal of correcting social inequality extremely difficult.

Notwithstanding, history has taught that a society that ignores this debilitating social deformity, does so at its own peril. In their own ways, the court system, the administration of national security, the distribution of State resources, the tax systems etc., all reinforce the unfair and unequal status quo. However, even with these various institutional structures, unequal societies usually collapse. Granted, the powerful and the rich in concert with the State apparatus, ultimately (over time) regain control and create a newer version of what existed before.

Yet, the point and lesson are that a country should brace itself for social upheaval if it continues to unload a sense of hopelessness on an increasing number of its population. The Jamaican politicians have all but sealed a matrimonial bond with the powerful and economically wealthy. Likewise, the NGOs have all conveniently parsed their mandates to ensure that they don’t aggravate the rich. In many cases, these NGOs are operated by persons from the middle and upper classes and are actually preserving the status quo. As a keen student of history, I maintain that this is not sustainable. We should always remember the French Revolution and the 1938 unrest in Jamaica.

After nearly four decades in the professional world, I have concluded that the solution to the problem is not Socialism, at least not in the traditional and orthodox sense. Governments controlling key parts of the productive means in Jamaica will never happen. Given the abuse, guile, greed and corruption of some politicians, it is best that this is the case. The Jamaican State will not and cannot go the route of what is an outdated and targeted philosophy like socialism. In addition, one has to wonder if Democratic Socialism has become an oxymoron in the 21st Century.

Progressive benevolent governments will have to shift their emphasis from actively participating in the ownership of key assets and competing in the market. Instead, they should direct public resources to gradually narrowing the wealth, opportunity and income gaps. In order to achieve these goals, they may still have to control some essential utilities such as water or strategic ones such as the ports.

The real solution, in my opinion, is in what I have coined “Equityism”. This is simply the State redefining its role as the deliverer of social and economic equity. This approach has arisen because the real socio-economic and political question of the moment is “what is the true role of the State in the 21st century?”.  Countries which pursue a path that is not “capitalist” will increasingly be isolated…current example, Venezuela. Moreover, Jamaican politicians have all but given up on overtly championing the cause of the most marginalized and weakest classes in the country. With the exit of Portia Simpson Miller, there is not even a pretender to the ‘looking out for poor people’ throne, neither is anyone aspiring to sit on it.

So if socialism is dying, what exactly is Equityism? Equityism must not be confused with a quest to make everyone in the country equal. That would be La La Land.  The State’s role under Equityism should be based on a fairness doctrine that is almost Solomonic.  Also, at the core of the Equityism policies must be a collective understanding by all the Political antagonists that the State’s role is to infuse affirmative actions and not to revolutionize the basic capitalist model.  Historically, the underlying ineffectiveness of the Government’s policies is that they articulate the view that ‘fairness’ means all persons in the country should receive benefits equally. That concept has long been rejected as a con job by the wealthy to ensure that the wealth and income gaps actually widens rather than get narrower over time.

Case in point, I made a submission to the Committee on Tax Reform that the Government must lead the way to abolish across the board increases for employees. The effect of granting all employees a 4% increase in pay is to ensure that the persons with the lowest wages do not get a meaningful improvement in their economic position. Someone whose salary is $15 million/year would get $600,000 each year. Compare this with someone earning $300,000/year getting only $1,000 per month more or $12,000 a year! An Equityism policy would simply redistribute the additional total salary/wage budget ($612,00000) and give the wage earner a 15% increase ($45,000) and the salaried person a 3.78% increase (rather than 4%) which would be $567,000.

Note that the concept of Equityism really is based on hard economic theory. Using the above case, the wage earner will most likely spend the $45,000 back in the economy; assuming he is not already buried in debt. The salaried person will more likely spend only a fraction of the increase. Therefore the wage earner’s increase will immediately impact the economy.

A Fairer Distribution of State Resources

In addition, the Government’s policies under Equityism would be to establish a fairer distribution of the State’s resources between the competing social groups.  These could include a progressive income tax regime, larger funding for weaker educational institutions, tax credits for firms which fund lower staff’s training and qualifying studies, significantly more spending on the primary health sector, tax incentives for small firms with say up to 30 employees and the abolition of the business tax. Very important would be the regulation of the private finance industry which sometimes victimizes mostly lower and lower-middle-income groups, which usually have no other source from which to borrow.

The underlying thesis is that middle to upper-income groups have developed far more robust and interconnecting systems and support networks. These include families, traditional high school and college connections, clubs and associations, business networks and other societal networking opportunities which are not available to other lower middle and lower income groups.

Recent income data indicate that globally, liberal western capitalism has significantly widened the gap between an increasingly smaller upper wealthy class and the rest of the society. Consequently, the Government’s responsibility under Equityism must be to deliberately direct a disproportionate amount of its budget and other resources to create greater socio-economic equity. The result will be a more buoyant economy.

Possibly the greatest economic stimulus is to stream 1%-2% of income from the upper 5% of the population to the lower 75%. All things remaining constant, the economy could grow by 1% -2% annually if a slate of stimuli were implemented.

Politically, Governments in small dependent economies like Jamaica will realize that mechanisms to keep their economy insulated from external shocks will become less and less effective.  They will have to depend on growth from within these economies. Case in point; hotels will have to recognize that having 30% and 40% occupancy while waiting for foreign visitors to fill them, is a dumb business model. The Government along with the industry can devise incentives and strategies to let nationals fill these occupancies. The key is to have an intense focus on smaller hotel properties and villas and in time the market will rationalize and optimize the rest. Large properties will overtime create their own competitive strategies (rather than just cut prices to the bone). The broad underlying strategy is one which asserts that “a rising tide lifts all boats”

Lastly, it is absurd to argue that the State’s resources, systems, and apparatus should not actively make social and economic equity a priority.  The society already has accepted the preferential treatment of children, the physically challenged and elderly adults. Directing its financial and other resources to improve the handicap (to use a horse racing terminology) of lower income and social groups should be accepted in no lesser light. Furthermore, there are positive economic and social benefits which flow from these initiatives.  Any first-year student of economics or social anthropology knows that this approach will result in more good than negatives. Hopefully, misguided politicians, some economists and even persons in the upper classes can come around to see that too.