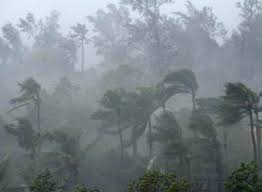 The recent heavy rains across the island have exposed our dirty underwear or at least our dirty infrastructure in so many ways. The practices over the decades have been corrupted by political savagery to divide even reputable professional practitioners by party and government work given out to loyalists.

The fear of being arbitrarily excluded from the tender process and its often well “engineered” outcomes has put professional qualification, achievement, and integrity below the exigencies of “no work” as a form of punishment to those not flaunting the parties’ colours.

Women and men, who have studied and practiced their hard won qualifications excellently, are suddenly reduced to common mendicancy and groveling. What then I ask is their moral value if standards, safety, and design, are simply reduced to the whims and fancies of corrupt overlords? That to me is a re-acceptance of slavery, tyranny, and unjustified punishment. I thought that we rejoiced at Emancipation and Independence, but what a mistake.

Engineers build roads that they know will fail; gullies that must break away; and lay pipes that will cause roads and hillsides to collapse. Then they do it all again for more money and more payouts to corrupt influencers. Perhaps these poor performances deny them the opportunity to bid for internationally funded contracts as they discovered with the extension and repairs to Norman Manley and Sangster airports.

Lawyers graduate by the hundreds and dream of good careers and making Granny so proud. However they fail to make any comments on the quality or negative effects of new laws passed for fear of losing government business. So the talkative and argumentative are silenced and hope to make money by being sycophants.

Frankly, if I was arrested for serious crimes such as murder, drug trafficking, and the like, and if I knew I was guilty, then despite access to the thousands of lawyers, I would have a realistic choice of fewer than ten. If I was not guilty, then I could possibly double that number. These two groups seem to have retained their confidence and represent all types of clients without fear. This separates some of the dross from the precious metal (and the devil take the hindmost).

The list is not confined to just these two categories and extends to doctors; nurses; mechanics servicing government vehicles; construction firms; business persons; and the list goes on. So I think that when blatant errors are detected then the two fundamental reasons must be either incompetence or fear.

On the government regulatory side there is the concept of infallibility or hero worship. The Minister knows all and seems brighter than the civil service professionals so in our case the blind sometimes follow the blind and murmur not in the hope of keeping a job that may be far below their own real worth. Career advancement of truly bright and adaptable people who are confident in their own ability is one of the major fuels for migration.

So we have clear choices before us. Firstly we can accept the status quo and continue to be affected by poor implementation and watch our homes go down the gully. Secondly we should have been refused permits to build on defective sites. Thirdly the contractors/developers could be held liable for either the buildings, or the gully construction. Fourthly we all should be charged with throwing debris and harmful waste in the drainage canals and blocking the free flow of flood waters.

Regrettably none of the above choices supersede corruption in high and low places. Politicians need large numbers of “loyalists” in one place to form the garrison or rabid party followers’ enclaves in order to secure electoral victories. There is no concern about the squalid living conditions that attend these settlements. Ten persons to a room is a convenient win.

So otherwise good, church-going devotees conveniently turn a blind eye to human quasi-slavery, put on their Sunday and Saturday best and say nothing. They will be judged at some time and they will not be counted as “Good Samaritans”. I am not only saying give what you may not have, but at least speak out against right and wrong. The Bible speaks of flood waters but we seem to have no Noah of our own.

Quite apart from some known procedures in environmental analysis and construction, we seem fairly laissez fare about cultural and social investigations as a preparation for approval. So for example an elderly resident from where the North-South Highway was being built informed me that the area giving the original contractors problems was known as “Sipple Hill”. Local knowledge.

Take beautiful Moneague, most people should know that it becomes a rising lake after heavy rain, as does Chigwell in Hanover, and many other places across the country. Local knowledge. If we extend this to several others then construction of housing schemes; industrial parks; and certain farmlands need to be revisited. This also applies to seaside construction influenced by climate change.

So we now face an unexpected bill for home repairs and farm revitalization loans as a result of rainfall, when one month ago the cry was for drought. This is Jamaica and these disasters will happen. If we accept this then we must put down at least 30% of our budget for emergencies, or be prepared to make large capital investments in safety and in so doing ordering the removal from places that contribute to those bills that occur certainly, but with timing uncertainty.

I am quite sure that many will not like my comments, but the reality is that if you choose not to speak up then, be willing to be accused as part of the problem.