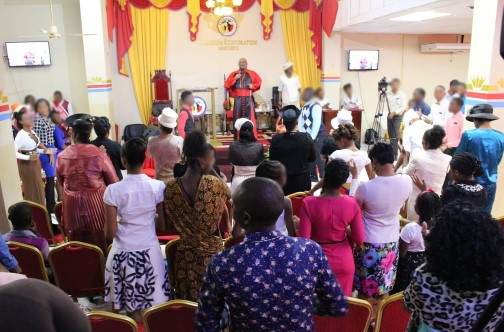 With the recent events surrounding the life and death of Kevin Smith, discussions regarding strange religious practices, cults and cultism have taken centre stage.

For those who have been living on Mars, Kevin Smith, a self-described doctor, prophet, healer, pastor and even king, who was addressed as His Excellency, was the founder of Pathways International Kingdom Restoration Ministries in Montego Bay.  He came to national attention after the police raided his church because of reports that they had conducted human sacrifices there. Two sacrificed persons were found dead in his church, so Smith and several of his congregants were arrested for murder. Within a week of his arrest, as Smith was being transferred to Kingston to be further questioned and charged, the car in which he was travelling crashed and he and one of his police escorts were killed.

While it took reports of human sacrifices to wake up the nation to outrageous religious practices, I have for years been personally repulsed by the fixation on blood in many of the Christian religions.

I still remember my shock when first being exposed to this strange attraction. It was decades ago at a funeral in a Roman Catholic church, when during the communion, the congregants were invited to drink wine and eat bread which the parson said symbolized Jesus’ blood and flesh.

Thoughts that this must indicate a penchant towards cannibalism immediately arose in my mind and have stayed with me since then, as far as that religion is concerned. For why else would the consumption of flesh and blood arise!

While the suggestion of the intake of human blood remains weird to me, blood sacrifice seems to be quite common in a number of denominations in the Christian religion, and not only in Jamaica.

I remember being invited to a feast in Trinidad while on a visit to our sister island some years ago. It was the annual convention of the Spiritual Baptists there. What I wasn’t told beforehand, however, was that several of the animals that had been donated by some congregants would have had their throats cut in sacrifice during the church service!

That one stayed with me too.

Then there was the time when I visited a Kumina ceremony in St. Thomas where one lady got into the spirit. Immediately, a “Bishop” from Bull Bay bit off the head of a live white chicken and scattered the blood all over her.

Lawd ha massi, it was gross.

But back to Kevin Smith,

Since it was revealed that the sacrifices at his church extended from animals to humans, he is being described in some church circles as a devilish cult leader.

I won’t argue with that description, however, the fact is he had quite a large and dedicated congregation and it is not unusual for people to be attracted to cults, no matter how evil some others say they are.

One precise definition of cultism is: “A misplaced or excessive admiration for a particular person or thing.” That being so, both religion and its evil twin brother, politics, are full of cultists!

I combine them, as those two vocations have been responsible for the most murder and mayhem in the world throughout history.

It’s therefore neither unusual nor strange that Jamaica, the country which is reported to have the most churches per square mile, is among the top five most murderous countries in the world (47 per hundred thousand). We are in lock step with Honduras and El Salvador, two other countries that also have religion coming out of their pores.

Coincidence or a direct link?

I cringe every time I hear people trying to spread religion, for though I am by no means an atheist, the most impressive doctrine I have ever heard being promoted was by the Dalai Lama.

Joan Williams is a retired radio talk show host. She can be followed at https://joan-myviews.blogspot.com/ or Joan Williams, author – YouTube and contacted at [email protected].