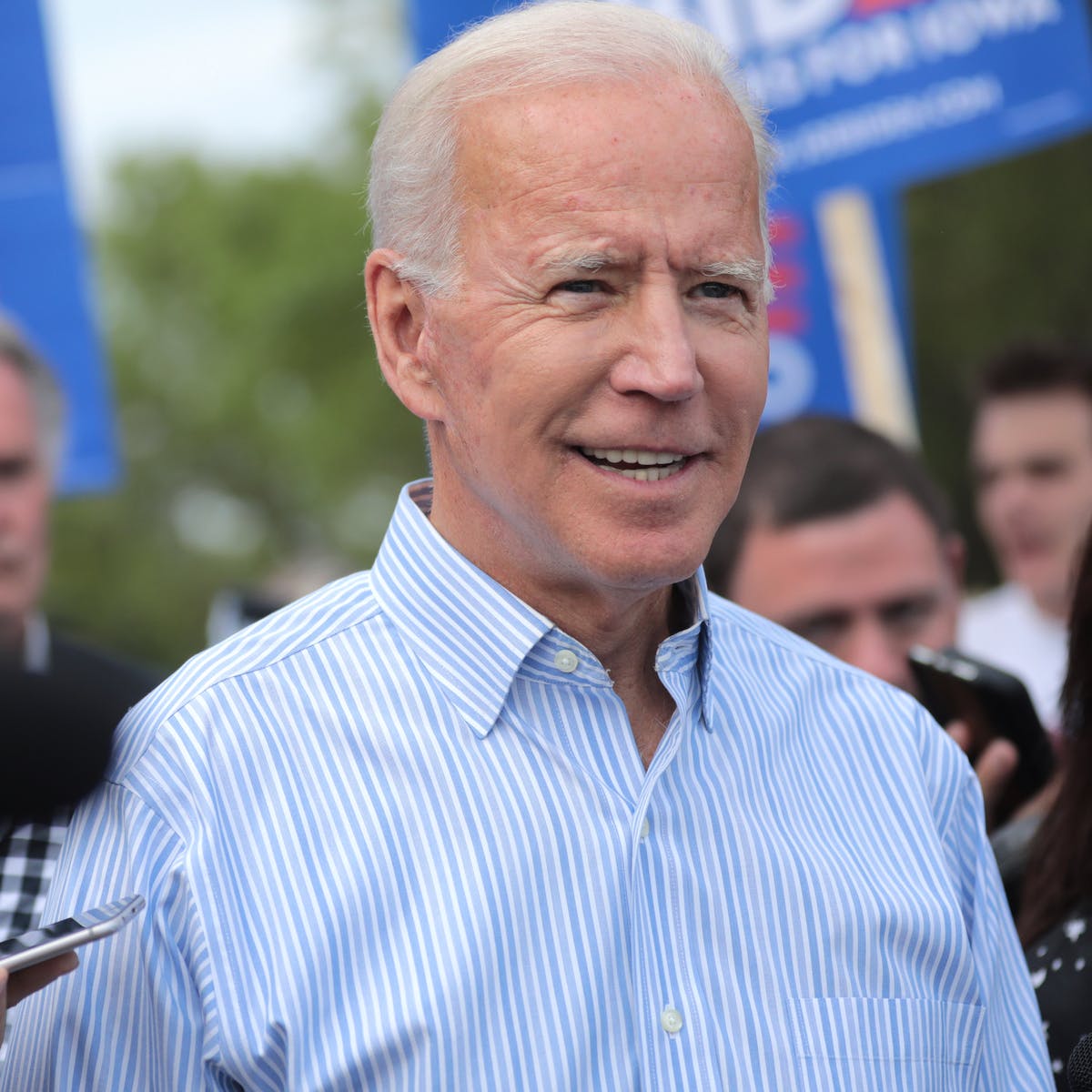 Why the unconditional excitement? Apart from welcoming a new world leader as courtesy demands exactly what has his inauguration to do with Jamaica’s future? Clear thinking Jamaicans will remember there have been 45 previous USA Presidents inaugurated AND Jamaica is still where it finds itself today. It’s unlikely four years of Number 46 will make any difference.

So let’s calm down and prioritize Jamaica’s many problems so our analysis of President Joe’s task focuses on how his approach could affect Jamaica.

President Joe preaches lots of unity. He smiles a lot. He rubs shoulders. He exudes friendliness, decency and kindness.  He seems to want to be everybody’s buddy. So, from this day forth, President Joe Buddy it shall be.

But, enough with the wild, unrestrained doe-eyed worship currently dished out in Jamaican media spaces! It’s not justified. It’s embarrassing. Leave that to those American liberal media populists who can only see political angels or demons and naively expect 78 year-old Joe Buddy to solve all America’s problems. Which they’ll tell you were created by a certain former President whose name shall nevermore escape my lips (or pen).

The first fallacy perpetrated by USA media is that the Buddy Administration’s toughest task is taming the pandemic. Like the story of the stork causing babies to come, we should know that’s poppycock! The pandemic will be tamed soon enough through a comprehensive program to distribute and apply vaccines already developed.

Joe Buddy, who is just being handed a free pass by friendly media, needs only stay out of the way.

Buddy’s most immediate and urgent task is one that has faced Presidents for 250 years. It was fathered 400 years ago when Pilgrims landed on Plymouth Rock then practiced genocidal racism to crush the native population UNDER Plymouth Rock. Shipments of Africans were already a thing so Pilgrims also dropped Plymouth Rock on THEM to achieve that century’s greatest economy by free labour.

Original Americans and Africans fought back. General Custer got his comeuppance at Little Bighorn. Inspirational former slaves like Harriet Tubman and Frederick Douglas; martyrs like John Brown; and many others fomented revolt and resistance until the 1861 civil war “freed” the slaves. Or so they thought. However, Pilgrims’ descendants wouldn’t countenance it so, for the last 200 years culminating at the Capitol on January 6, they continued to try to enforce white supremacy, mental slavery and physical segregation (including by Jim Crow laws) with armed gangs of white thugs and goons wearing silly hats.

Domestic terrorism, lynchings and social segregation continued to plague USA race relations. A young Cassius Clay (subsequently Muhammad Ali) after winning an Olympic Gold Medal for USA was denied service at a “whites-only” restaurant in his Louisville hometown. He threw his medal into the Ohio River in frustration. The heroic 1960s civil rights movement resulted in improved legislation but no change to Pilgrims’ mindset. So armed militia of white supremacists stood by and waited to grab any chance to entrench lily whiteness as America’s only image.

Recently, liberal immigration policies and reproductive realities have endangered white supremacy’s numerical majority. It had already lost moral and intellectual authority. So, since Dunceness is as Dunceness does, white supremacy became more desperate and brazen. Eventually, mainly thanks to Democratic Party’s 2016 Presidential campaign overconfidence, one of their own was elected to USA’s highest office on a heartfelt promise to Make America White Again!

January 6’s well documented events were just a symptom of that cancer. That the insurrection was crushed was a testament to the resilience and effectiveness of American governance which remains the world’s best method of delivering real democracy. But it needed every ounce of institutional strength from all branches of government including the Executive, whose leader incited the riots but whose Vice-President refused to collaborate; its legislature that steadfastly ensured it wasn’t deterred; its judiciary that turned back every legal challenge to Democracy; and its free press that recorded, reported and analyzed every agonizing moment.

Can you imagine the result had this incitement come from an all-powerful Monarch or a Jamaican Prime Minister? Jamaica’s only defence would’ve been an autocratic governance system and a hobbled press constitutionally unprotected and politically vulnerable. The Judiciary would fix hearing dates in 2025 and send  appeals across the Atlantic to Merrie Olde England!

So Joe Buddy’s biggest task is to change America’s racist, jingoistic, imperialistic mindset to one capable of building one nation, indivisible under God, treating others as equals not satellites or lackeys. Without THAT, when the plague passes, there’ll be no new day; no sea-change; no bright future. The same old seething racism and cultural intolerance will ensure, in America, hatred replaces disagreement and caste dictates national identity and international outlook.

After the January 6 insurrection a disappointed looking Joe Buddy kept saying “This is not who we are.” Yes it is, Joe. It’s who America has been for 400 years. One man can’t alter the face of a Nation in four years. One man didn’t. He simply made it ok to come out of the racist closet and be who too many Americans really are.

As George “Dubya” Bush tried (unsuccessfully) to say, “Fool me once, shame on you. Fool me twice, shame on ME.” America had an excuse in 2016. But, by 2020, POTUS was more thoroughly exposed than a 10 year-old gelding at Caymanas Park. Yet almost 75 million Americans stood in long lines to vote for him. That number can’t be ignored. No sitting USA President has ever polled so many votes. If it wasn’t for his egregious mismanagement of the pandemic that battered and bloodied Republican/Democrat alike, I firmly believe he’d have won again.

As a general American rule, Republicans come out and vote. Democrats watch elections on TV. Covid forced election officials to accept more mail-in, absentee and provisional ballots so Democrats could vote from home while watching Anderson Cooper out-wimp all in his path. That, along with exceptional, pro-active organizing by people like Stacy Abrams, caused the election to swing for Buddy and Georgia to turn blue (officially) for the first time since 1976. It has been blue for 40 years but successful voter suppression tactics kept the red illusion intact. Now that the chimera has evaporated, I predict Republicans won’t see Georgia’s dust for a long time.

So get this. The forty-fifth President isn’t the problem. America is the problem. Number 45 is America. Starting the long, excruciating process of real change in national character is Joe Buddy’s biggest challenge. Only someone like Joe has a ghost of a chance of success. This is a task no black President can successfully attempt. America won’t allow it. Only a white President like Joe who recognizes institutional racism as a grave national danger is capable of setting USA on the path to redemption.

Racism won’t quit. It must be whitewashed. It can only be conquered by institutional opposition supported by cultural education programs that radically change minds and hearts to understand how far out of sync America has become with the rest of the world.

There’s good news. More and more, young Americans are practicing physical distancing from USA’s inglorious past. If Joe keeps them focused; if he forces his party to stay on message; if he implements radical curricula change in American schools; if he refuses to give an inch to exclusivity, he can start the ball rolling. But he must ensure Democrats don’t screw up like they did in 2016. The Democratic Party has been the party of intellectual escapism (its reality doesn’t differ that much from GOP) whose response to any crisis is to draft a stern memo. Democrats know they must at least pretend to be different. President Joe must lead that Party to water AND make it drink.

Hold him Joe, written by Harry Thomas, originated in a 1950s Broadway Show “John Murray Anderson’s Almanac” that ran from December 10, 1953 to June 26, 1954. The ensemble cast featured Harry Belafonte who first recorded the song on RCA Victor “His Master’s Voice”. Belafonte won the 1954 Tony Award for best featured artist in a Musical.

Hold him Joe has become a calypso staple recorded by a gajillion artists including our own mento stalwarts Jolly Boys, Lord Composer and Stanley Beckford. But my favourite renditions are by Blues legend Louis Jordan and sax supremo Sonny Rollins.

America’s acid test will come in 2024 when I expect Kamala Harris to be Joe’s anointed successor. If he has done his job, she can win. If she wins, America will be well on the way to rejoining the real world and, by 2032, it won’t matter to that journey who is President.

At no time does it matter to Jamaica.