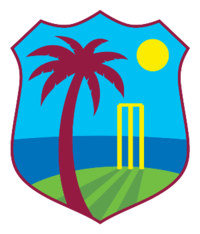 Deep down, every West Indian cricket fan wants their team to win, no matter how we rant and rave whenever we see “foolish non-thinking” cricket being played. Since the halcyon days when our team ruled the world, every glimpse of quality by a West Indian batsman or bowler is met with the oft repeated cry: “We turn the corner”. Yet, we never do.

In the not too distant past West Indies cricket was afflicted with quarrel after quarrel, dispute after dispute, with the hapless “Board” always coming out as losers to a militant Players’ Association. The apparent synergy between Jamaicans Wavell Hinds, the “new” President of the West Indies Players’ Association (WIPA) and the “new” President of Cricket West Indies (formerly West Indies Cricket Board) Dave Cameron, gave us hope, hope that at last the resurgence that we have been waiting for, and longed for was “just around the corner”. How wrong we were.

The “New” President, and to some extent Cricket West Indies (CWI), went on what can only be called a rampage, whereby any apparent “slight” or lack of recognition of who the new boss was, resulted in unfavorable tweets, interference with team selection, all in an effort to have the men selected, smile, and stand at attention when in the company of “the President”.

Unfortunately for us the fans, the disrespected stalwarts and best players on the team took umbrage, and like true West Indians rebelled. This rebellion, while understandable, spilled over into blatant disrespect and “rudeness” on both sides, but with the inevitable result… he who pays the piper, calls the tune. Thus our finest and best cricketers left us for greener pastures and an environment where they were able to display their skill and cricketing nous, without “offending the boss”.

So the slide down the ranking of cricket-playing nations continued. The triple victory of our senior men’s team, our women cricketers and our Under 19 young men in world competitions was heralded as the new beginning. Watch us now was the cry, as the administrations told anyone who would listen, that their method of handling our cricketers was indeed the way to go. Some of us bought into that scenario. The majority of us didn’t.

Efforts were made, initially by independent minds, to assess and recommend a change in governance that should reap success. The big (apparent) drawback was that every expert opinion sought on the way forward recommended inter alia, a dismantling of CWI and an overhauling of the governance structure of West Indian cricket. Karamba! No such recommendation was accepted, and so the continued downward spiral of our cricketers on the world stage continued.

Recently our President opined that the decline in our status as cricketers of note was due mainly to the modern trend of having female physical education teachers in schools, who were simply unable to properly teach cricket to youngsters as they had no “cricket pedigree” and have no real understanding of the game. This opinion was quite rightly met with universal derision as few of us wondered if the strategy that made our under 19 cricketers World Champions was now the same strategy that made us “minnows”.

So we joined the other cricketing “minnows” of the world in order to qualify for the World Cup in the 50-over format. As we progressed through the rounds, our President, sensing victory, (we had won the first four matches, some just barely) left with much fanfare to Zimbabwe, declaring that we would not only qualify , but win the World Cup next year! Well, we did qualify for the World Cup, beating fellow “minnow “Scotland by means of rain, and a fortuitous lbw decision that saw Richie Bennington of Scotland being sent back to the pavilion, just as he was threatening to send Scotland to the World Cup.

So, do we have a chance when the World Cup comes around? The euphoria surrounding our victory only lasted a day however, because the following day, after we were made to look bad against the swing of Scottish bowler Safyaan Sharif, New Zealand produced real quality swing bowling from Trent Boult and Tim Southee to dismiss the highly ranked England cricket team for 51 runs. The question facing us West Indian cricket fans was this: if we cannot handle Scottish swing bowler Sharif, how on earth will we fare in England against real quality swing bowling next year? Sigh.

Are we nearing “the corner”, or will we pretend that we are improving, continuing on the same path that has left us at the bottom of the list of cricket-playing nations, or will we, at last, finally, admit, that the present leadership and system of cricket governance in the region has failed? Jakob Silfverberg Womens Jersey