Just over three centuries ago, there began to emerge in Britain, France and throughout Europe new ideas about the world and how it should be governed for the sake... 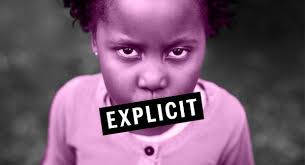 Just over three centuries ago, there began to emerge in Britain, France and throughout Europe new ideas about the world and how it should be governed for the sake of human betterment. The ideas challenged existing traditional authority, and placed reliance on the art of reasoning as the surest guarantee for improving the state of human existence and make for a progressive world.  These ideas emerged from the writings of earlier philosophers like Thomas Hobbes, whose characterization of the world then as consisting of a life that was ‘nasty, brutish and short’.  Others like John Locke, who charged that governments should serve the people, by protecting life, liberty and property, and favoured representative government and the rule of law, and Francis Bacon, the Lord Chancellor of England, an Anglican best known as the father of empiricism, who believed in the supremacy of science to better understand the world and uplift mankind.

For the better part of the 18th century these new ideas dominated the period – referred to as the ‘Age of Enlightenment’ – and radically re-oriented the thinking about politics, philosophy, science and communications.  Its ideals were perhaps best expressed in Immanuel Kant’s exhortation: “Dare to know!  Have courage to use your own reason!  The enlightenment period emphasised reasoning, individualism and skepticism, captivated the imagination of the world and provided the philosophical basis for the American and French Revolutions.

While there was no common or shared view among the Enlightenment thinkers, they all, however, embraced the idea of rational questioning and dialogue as the vehicle through which human progress would be achieved.  Their ideas would serve to undermine the authority of the ruling monarchy and the dogma of Roman Catholicism in particular, and general questions about religious orthodoxy.  Liberty, fraternity, progress, tolerance, constitutional government and the separation of the church from the state formed the central theme of the Enlightenment era.  The Enlightenment ideas flourished in the numerous books, essays, inventions, laws, wars and revolutions.  Importantly, it gave rise to the ‘public sphere’ with the introduction of the print culture and more open and accessible forms of communication and sociability.

Fast forward to the latter part of the 20th century, when there emerged a new thinking; a thinking which dismisses, hitherto, normative boundaries, rejects rigid genre distinctions, while emphasising parody, irony and playfulness. It is the era of postmodernism.   In the postmodern world we no longer adhere to notions of objective reality, morality, truth, human nature, science, language, reason and social progress.  The acceptable meaning of all these terms are now the subject of scrutiny and skepticism.  It is largely viewed as a reaction to the intellectual assumptions and values of the ‘age of Enlightenment’ and moreso, counteracts the view that there is no absolute truth.  And so, the defining moral and philosophical views which guided the creation of our democracy, the rule of law, the notion that all men are created equal, are simply ideas which must no longer be imposed up us.  In fact, in the last decade or so, there is slowly emerging the concept of “childism”, where we could very well be accused of prejudicing our newly-born child because we dare to identify and assign a gender to him or her. If Elizabeth Young-Bruehi, in her intriguing book: ‘Childism: Confronting Prejudice Against Children’, could sway law-makers in the US and other parts of Europe, ‘childism’ could seriously become as offensive as sexism, racism and homophobia.

The new doctrine of postmodernism comes up against any attempt by science to explain objective reality; in fact, its critical approaches have been included in a variety of academic and theoretical disciplines, and it has embraced the deconstructionist notion that calls on us to look for different interpretations to the intended meaning of a text or subject. One noted philosopher, associated with the rise of deconstruction, argues that language must be viewed as “irreducibly complex, unstable, or even impossible.”

It is in the ‘deconstruction’ of the language over the last ten years that brings us front and centre with the happenings at the Edna Manley College graduation ceremony. Right across the social media platforms and in the online dictionaries we can find Jamaican ‘bad words’ and their meaning and usage.  The sensibilities associated with postmodern thinking is what gave rise to ‘alternative facts’ and ‘faked news’ and the popularization of such term as ‘bomboclaat’, which the dictionary defines as “an exclamation of shock, surprise, anger, frustration or for any other intense emotions.” It is now associated with a ‘Hoppy Belgian Ale’, as well as a Festival, described as ““a Caribbean music festival in Zeebrugge (which could easily be a ‘bad word’) Belgium.  According to its website, “this is an all-ages festival. Kids 14 and under get in free.”

The deconstruction of the language in the age of postmodernity, and the accessible forms of communication through the various social media platforms, is bound to have its influence on the Jamaican population, particularly the youth.  Walden Walker, the valedictorian at the Edna Manley College used one of the choice words to big up his fellow graduates. Some people have taken umbrage.  We should recall, that it was in 1843, a mere five years after the abolition of slavery that the Towns and Communities Act was passed to make it an offence ‘to publicly use profane, indecent and obscene language’.  I can just imagine the struggles of our colonial oppressors to understand the meaning and intent of those ‘bad’ words when they were being chanted by the newly freed slaves in an obviously expressive manner. It must have confused and confounded the slave masters, and their only retaliation was to impose another layer of oppression on the backs of our fathers with the passing of this Act. It is to be noted that amendments have been made to this Act, including in 1995, for the sole purpose, not of repealing, but increasing the fines.

In a city in Greater Manchester, the Council was forced to repeal its 2016 act outlawing the use of foul and abusive language in public space because of the public outcry and charges of violating free speech.  In 2011 a High Court judge in the UK ruled that persons should not be punished for the use of obscenities in public “because such words are now so common they no longer cause distress.”  This was around the same time that Kayann Lamont, a pregnant woman from St. Thomas – Paul Bogle’s neck of the woods – was shot and killed by a police officer for the use of ‘bad words’.

And so, after one hundred and eighty-one years, we are still haunted by the remnants of our colonial past, with statutes which relevance must be questioned, and which must be the subject of rigorous scrutiny to see if they add any value to the shaping of an independent nation and the building of a robust society. But, please, bear in mind that not everything from our colonial past is bad and to be discarded, but in a sense, we are being forced, in the postmodern era, to examine some of these laws against emerging norms and values.

In a world where the paradox of a common ideology and cultural homogeneity of the times embrace a growing desire for diversity, tolerance and respect, we are witness to the emergence of populist, grassroots movements, storming the proverbial ‘Bastille’.  Whether we know it or not, or like it or not, Jamaica is caught up in the throes of a revolution that is re-defining our priorities, our workplaces, our politics, our culture, our language, our views on religion and our moral and ethical convictions.  Nothing remains sacrosanct.

The brilliant Trinidadian novelist, V. S Naipaul, in one of his classic works, ‘The Mimic Men’, centred his story of a politician trying to make sense of a chaotic existence in the aftermath of a postcolonial world, and ended up discovering the crux of his disillusionment.  Senator Mitch McConnell, of all persons, spoke about the “lack of civility” characterising American politics, which I would hope includes lies, deceits and ‘alternative facts.’  But neither in the US nor moreso Jamaica, does this seem to anger people like the colonial inheritance of the use of ‘bad words’.

Whatever One Thinks Of Mugabe, Some Eternal Truths Must Not Be Forgotten