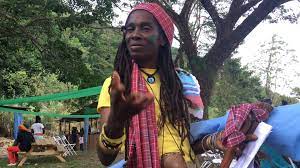 Easter 2022 brought what I consider a most welcome announcement in Jamaica, one which will improve on how we discuss one very important aspect of our history and heritage from now on.

No, I am not referring to the numerous headlines saying; “He is risen,” as that is stale news and not at all factual!  What I am citing is the revolutionary story which the majority of the media fraternity in Jamaica ignored, except those at the Jamaica Observer.

They carried it under the banner headline “Maroons finally say sorry.”

The earth-shattering word in that story in my book is, ‘finally,’ as for centuries, the Maroons in Jamaica have sought to either deny the treacherous act of their ancestors or ignore it.

Oh yes, the Maroons have an outstanding history and this is so highly respected by us that Queen Nanny was elevated to the position of National Hero.

Incidentally, they are not however the indigenous Jamaicans as some have belatedly claimed, for the only people who can fill that bill are the Tainos.

The fact is, the original Maroons were enslaved Africans who were brought to the island by the Spaniards. Cherishing their freedom though, they escaped to the hills after the British defeated their Spanish enslavers in 1655. From strategic points they conducted guerilla wars for some seventy years.

Because they couldn’t be defeated, the British offered them a treaty, which included; their own lands and limited autonomy. Also included in the agreement though, was a commitment that they would help the British forces defeat other slave uprisings and return escaped slaves to the plantations.

The Observer story reported; “It took almost three centuries, but on Good Friday 2022 the Maroons of Jamaica apologised for their sordid role in crushing popular anti-slavery uprisings and forcibly returning runaway slaves to hellish conditions on British-owned sugar plantations, sullying their storied history.

Two of the more well-known black rebellions put down by the British colonial forces with the solid support of the Maroons were that led by West African slave Chief Takyi of St Mary in 1760 and Baptist Deacon Paul Bogle of Stony Gut, St Thomas, in 1865. Bogle and his key ally George William Gordon were hanged but later named national heroes of Jamaica, and just two Fridays ago, April 8 was officially declared Chief Takyi Day, henceforth to celebrate the freedom fighter credited with the first slave uprising in the Caribbean.

“We regret the hurt and sufferings caused from such actions. We take total responsibility on behalf of our ancestors,” said paramount chieftainess and Queen of the Maroons Gaamang Gloria “Mama G” Simms, the woman now occupying the seat once held by Queen Nanny of the Maroons, the only female among the seven national heroes.

“…We realise that we cannot undo the past, but we can remedy the situations through reconciliatory actions that will repair the damage and rebuild trust so that these behaviours will not be repeated,” continued the Maroon spiritual leader in a press statement, according to the Observer.

It is the refusal by previous Maroon leaders to admit that treachery and apologize, which has caused numerous other Jamaicans of African ancestry to remain bitter against them.

Maybe if they had been honest in celebrating their history more of us would have been more understanding and forgiving, for indeed Africa has never been aunified black continent, as it has always been tribal loyalties, not colour, that remained supreme.

However, while forever boasting about their courageous feats, previous leaders have rubbed salt into the wounds by denying the ‘treachery’ of their ancestors.

Hopefully her courage and honesty will temper the attitude of the pretenders like Chief Currie of the Accompong Maroons (a little village in Elizabeth) who has belatedly been trying to rewrite history to the point of declaring that they were given sovereignty by the infamous treaty!

Yes, the Maroons have a proud legacy to celebrate and now that Mama G has finally admitted that they also had feet of clay, maybe we can all now proudly embrace our motto ‘Out of many one people’ as we continue the journey to make Jamaica one of the greatest nations on earth.