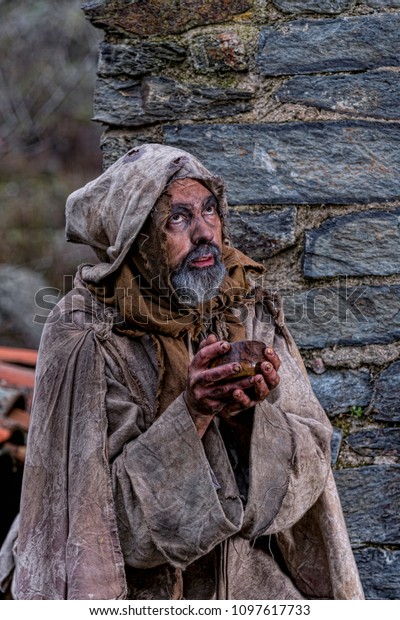 This gist of this story came across my radar field this morning. The rendition, for better or worse, is my own.  I’m not sure about its origin but it sounds Middle Eastern.

There was once a queen who came upon a madman playing with poor children and drawing in the dust. His concentration and diligence were such that his drawing captured the interest of the queen and she stopped to watch him, asking what it was that he was drawing. He answered, “A house.” The queen then asked if the house was for sale and, upon an affirmative reply, inquired as to the price. When advised, she paid it and went on her way. The madman then divided the proceeds of his sale among the poor.

Sometime later the king had a dream in which he found himself in heaven and in front of a great and beautiful house. He went confidently to the door but was refused entrance as it was not his house. When he inquired as to whose house it was, he was told that it was his wife’s. The king was mystified and indignant and asked how it was that she was granted such a residence to which he, the king, was denied. It was explained that this was the house that she had purchased from the madman and, at that point, he woke from his dream.

Wishing to correct this fate, he searched out and found the madman who was still engaged in drawing houses in the dust. But when the king inquired as to the price, the madman asked for a sum so high that even the king could not afford. When the indignant king demanded an explanation as to how it was that the price had increased to such an extent, the madman looked up smiling, but with sadness in his eyes and replied, “The queen bought hers unconditionally.”

And so, one looks at the world, the world of motives – nations offering support for weaker ones when self-interest is at stake, businesses promoting products under the guise of augmenting self worth or other sorts of prowess, parents whose love and fear impels them to relentlessly push their children to be better, the best, the winner. Certainly such motives cannot be denied and are the current movers of a world at odds with itself. But, looking carefully, it seems to me that a growing number of people are becoming weary of this cycle, are increasingly aware of the cost of self-interest, and, exhausted, are becoming attracted to the release of expectation in simply being and of authenticity – being authentic with self, with our neighbour, our children, in our work, in the arena of international relations – with our very humanness.

Will we do something simply because it is right or will we continue to act or offer service only when it suits self-interest? Will we finally see our individualities and understandings as component and complementary parts of a single creation? And if we choose this new identity, we will taste the freedom of a limitless search for truth, not one’s own or our neighbour’s, but truth that is a fluid, luminous, and evolving process, the common property of all – our collective inheritance.